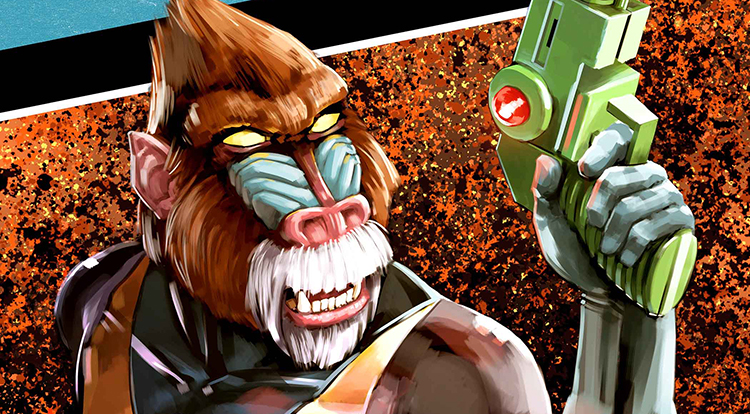 Monkeybrain Comics released a sneak peek of Prime-8s #2 that arrives this week.

The Greatest Dane and his sidekick, the Pugglist, enter the scene, throwing an ultimatum at our masked vigilantes: Reveal their identities, or else! Meanwhile, Power Mandrill contemplates the history of the Prime-8s, and a shocking secret is revealed.