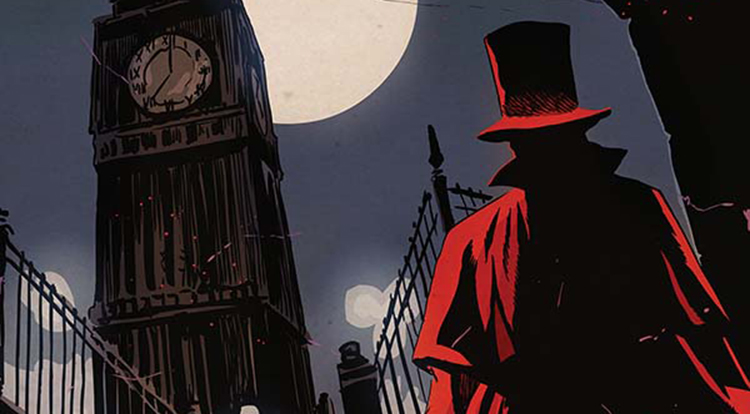 Dynamite Entertainment sent Major Spoilers a sneak peek of Sherlock Holmes; Moriarty Lives #2 that you can check out, after the jump.

SHERLOCK HOLMES: MORIARTY LIVES #2 (of 5)
David Liss (w)
Daniel Indro (a)
Francesco Francavilla (c)
Stranded in Switzerland, his criminal network in tatters, and with the world believing him dead, the world’s most notorious villain, Professor James Moriarty, faces his greatest challenge yet – taking care of an orphaned child. Bound by a solemn promise, and determined to seek revenge against a local madman, Moriarty begins a clever campaign to work his way inside his enemy’s fortress. The trap is set, and Moriarty is determined to succeed, but is he villainous enough for the task?