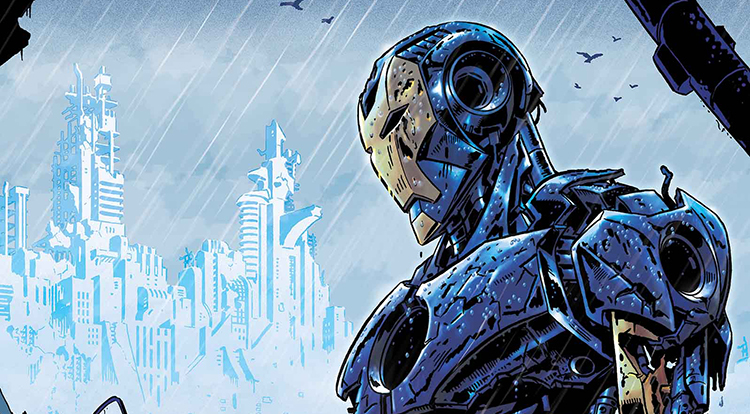 Marvel sent Major Spoilers a sneak peek of Iron Man #22 by Kieron Gillen and Joe Bennett, that you can check out, after the jump!

IRON MAN #22 (JAN140767)
Written by KIERON GILLEN
Art by JOE BENNETT
Cover by PAUL RIVOCHE
Mandarin City is aflame. Troy is in ruins. Both brutally destroyed by wielders of the Mandarin Rings. As Tony does battle against The Exile, Red Peril and Lord Remaker, is there anyone left to help Tony in his hour of need? It’s a showdown for the ages – and you’ll never guess who comes out on top! Will Tony make the ultimate sacrifice to save the city? Can he? Plus, who is this mysterious threat hunting the Mandarin Rings from the shadows?