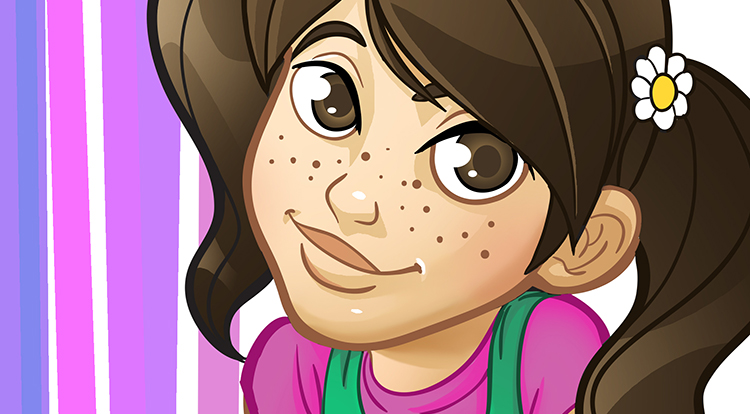 Punky Brewster and Saved by the Bell get digital comic treatment

“TIMEOUT!” as Zack Morris would say. Lion Forge Comics, under new all-ages imprint, ROAR Comics, launched two new digital comic books this week based on the iconic 1980s and 90s TV shows “Saved by the Bell” and “Punky Brewster”. The digital publisher acquired the licensing rights to the properties from NBCUniversal Television Consumer Products in 2013. Lion Forge also announced the creation of ROAR Comics, the new digital imprint focused on publishing high-quality, all-ages comics for the ever-expanding digital audience, and appointed Adam Staffaroni as senior editor to supervise its continued development. The comics are currently available through the Amazon Kindle Bookstore. They will be sold through additional outlets, including ComicsPlus, in the coming weeks. Punky Brewster, celebrating its 30th anniversary in 2014, takes the quintessential precocious youngster back to the beginning of her story. Abandoned and homeless in the middle of Chicago, Punky’s search for her family leads to a long-lost cousin, the world-traveling photographer Henry Warnimont, and possibly a new home. Lesley Vamos is on board as artist and colorist for the title. “Punky Brewster” aired on NBC from 1984 to 1986.

Both comics are penned by Joelle Sellner, who is also known for writing Teen Titans, Ben 10 and The Avengers: Earth’s Mightiest Heroes, as well as Lion Forge Comics’ original title, Wonderous: The Adventures of Claire Sinclair.

“These shows and their characters are so well-loved. We are excited to share them with the fans and introduce them to a new generation, but with present-day issues and challenges,” said David Steward II, founder and CEO, Lion Forge. “Don’t worry. Some things always stay the same, such as Zack Morris will still be attached to his cell phone and Punky will still wear her purple vest.”

“We’re so pleased that Lion Forge Comics is recreating these beloved series for modern day fans,” said Chris Lucero, director of Global Consumer Products Licensing, NBCUniversal Television. “Both these classic shows have been favorites to a lot of people for so many years. We hope longtime fans and new readers alike will really enjoy and relate to the new situations in which these iconic characters find themselves.”

ROAR Comics, Lion Forge’s new digital imprint, will concentrate on comics for children and teens and will be managed by Adam Staffaroni, an expert in comics and graphic novels. After earning his M.F.A. at the Center for Cartoon Studies, Staffaroni went on to positions at DC Comics and BOOM! Studios, where he was instrumental in launching the Eisner Award-winning “Adventure Time” program. Recently, he co-wrote a digital comic adventure for the music group Pistol Annies and their front-woman, Miranda Lambert, in conjunction with the band’s new album, Annie Up!. As senior editor, Staffaroni will manage the development of Saved by the Bell and Punky Brewster, as well as upcoming licensed titles like Denver, the Last Dinosaur, and a slate of yet-to-be-announced original titles.

“Lion Forge has made remarkable inroads in the comics space in such a short amount of time,” said Staffaroni. “The way people consume entertainment is changing every day, and I’m thrilled to join a company that’s dedicated to making comics for all the different types of readers – male and female, young and old – that can be reached through tablets and smart phones.”

Lion Forge launched digital comics for NBCUniversal properties “Airwolf” and “Knight Rider” in October 2013. The publisher also will be releasing the first digital issue of “Miami Vice” in the coming months.