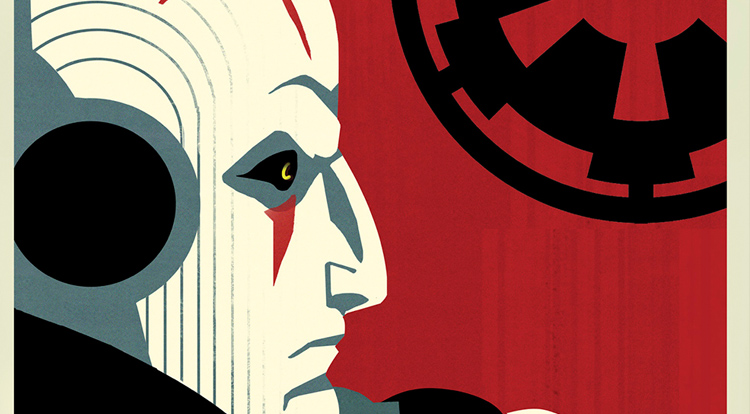 “Rebels” may be in the name of the show but up to this point we have mainly seen images depicting the Empire. The latest bit of promotional material is another piece of Empire propaganda depicting the new villain being introduced into Star Wars lore, The Inquisitor.

This week, 2500 individuals from all over the world will be sent a special package from Lucasfilm containing six limited edition cards depicting the world of Star Wars Rebels. Amy Beth Christenson, who works for Lucasfilm Animation on Star Wars Rebels, did the art for the exclusive cards, which are done in the same propaganda poster style that we have seen in previous posters.