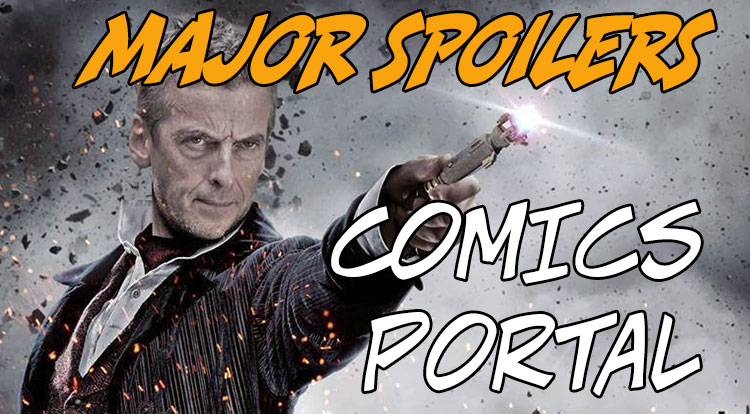 Making a Titan out of Doctor Who?

Change is a constant in the universe of Doctor Who. Every few years, the main character regenerates into a different person. For example, Matt Smith recently handed over the role to Peter Capaldi, a decidedly different actor, so we can expect The Doctor to move in another direction as a person as well.

Another big change that recently took place was when the comics license for Who left IDW Publishing, a company that had a pretty successful run with that franchise, among others like Star Trek.

Recently, it was announced that Titan Comics would now publish new comics adventures of The Doctor.

JUST WHO IS TITANS COMICS?

The following is from a news release: “In the universe of Doctor Who, regenerations bring not only a new Doctor, but often a fresh look and feel to the series … and BBC Worldwide is bringing that same approach to Doctor Who comics as it signs a new deal with Titan Comics. The deal will open up the world of Doctor Who and provide fans with new stand-alone adventures featuring the Tenth Doctor, Eleventh Doctor and, after the new series launch, the Twelfth Doctor. Creative and production teams will be announced in the coming weeks, and the first comic books will be released in 2014.”

Just who is Titan Comics?

“Titan Comics is the comics and graphic novel division of global publishing giant Titan, a pioneer that has proven itself over three decades with internationally recognized brands such as James Bond and Sherlock Holmes, as well as creator-owned successes like Tank Girl, Lenor and Death Sentence. Titan’s magazine division is the largest publisher of licensed entertainment properties in the U.S.”

Titan is a British-based publisher anxious to gain a bigger share in the States, a significantly larger market than the UK.

While Who is a big franchise, the question will be, will the popular series be enough to give Titan the success here that they want?

In my personal opinion, no.

WHAT CHALLENGES DOES TITAN COMICS FACE?

Now, if Titan had received the license back at the beginning of the Matt Smith era, I think they would have done very well indeed!

However, I’m just not at all certain that Capaldi will hold up to the past two incarnations, Smith and David Tennant. I’ve seen quite a number of American fans say they’re done with the new Who. Smith really took hold with younger viewers and readers. Even though Capaldi is more in line with what showrunner Steven Moffat originally wanted, it’s not at all clear that Americans who just glommed onto the program in the past few years will “get” the change and want to continue.

And that line of reasoning could be completely wrong, of course. When every new Doctor comes along, fans get the same reaction: “Oh no, not HIM!” Then when new episodes begin to air, they change their minds and, by the time he’s announced he’s leaving two to three years later, many of those same fans just can’t believe he’s going and start sobbing!

There are also a number of fans who won’t touch a comic adaptation of a television series. “I get to see it on the TV for free, so why would I spend money on a comic?” is what I often hear.

Also, while sales have been slowly increasing for comics in the U.S., I’m not at all sure there’s room for another company at this time. It’s hard enough for the publishers we have going to thrive!

But an even bigger problem may be that Titan could struggle to convince the owners of local comics shops to order their product.

That doesn’t mean the books will be bad. It’s just that, for instance, reorders could be difficult to come by. Hopefully American comics distributors will order big on the first few issues so fans can access them via their nearby stores. Fans will need to make sure they get their requests in for the title in asap once the issues are announced! Otherwise, it could be a long drive to another town to pick up a book! No idea yet if these titles will be available digitally or not!

Titan has a serious uphill climb ahead of it, even with the popularity of Who at an all-time high. Can they do it? Sure, they can! But it’s going to take some powerful marketing and fascinating strategies for the company to carve out their part of the American comics market.

My biggest suggestion is that more Who actors like Billie Piper, already scheduled to come here, visit the States, then Titan can purchase a booth at the conventions they attend, drawing attention to their product.

Stay tuned, and we’ll see how this develops!