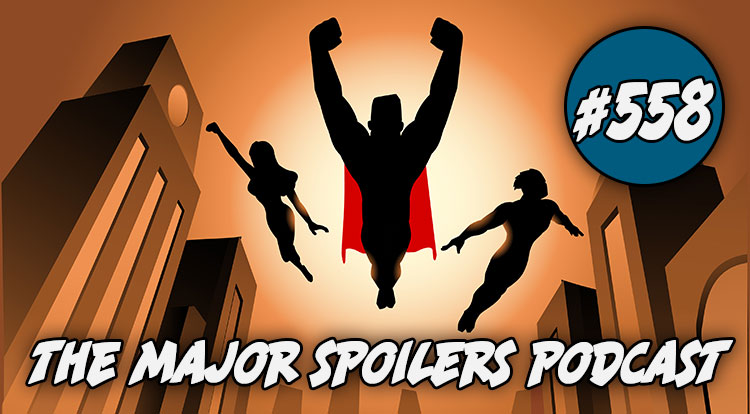 This week on the Major Spoilers Podcast, You’ve got questions, and we’ve got answers, and reviews of Invincible #108, The Star Wars #5, Wrath of the Titans, Deathtrip #1, and more! Plus, Gal Gadot hired to play Wonder Woman in three films!

MATTHEW
The Star Wars #5
Writer: Jonathan Rinzler
Artist: Mike Mayhew
Publisher: Dark Horse Comics
Cover Price: $3.99
Remember the scene in Star Wars where the Sith Knight traps General Luke Skywalker, Princess Leia, Annikin Starkiller, and the alien Han Solo—and they have to fight their way free and steal an Imperial starship? No? That’s because this is The Star Wars—based on George Lucas’s original rough-draft screenplay! Experience a Star Wars that never was!

RODRIGO
Wrath of the Titans: Cyclops #0
writer:Darren G. Davis & CW Cooke
artist: Ramon Salas
Check out behind the scenes of this new animated all-ages version of “Wrath of the Titans”. Greek gods and the monsters of myth collide in this new all-ages series! Perseus is the star but Greek Myth will be discovered and explored as Perseus begins his mission against the monsters and his mission to gain the favor of the gods. Come join in the fun and get a taste of what’s to come.

ZACH
DEATHTRIP #1
Writer: Kenny Kell
Artist: Kenny Kell
Publisher: Tales to Suffice
Meet Dominic Green: A slick talking, hard living death agent whose job is starting to take its toll on him. Between spending his days immersed in a virtual reality tank (and his nights in a druggy haze) Dominic’s on the fast track to a huge promotion – as well as a nervous breakdown. He’s just hoping that the promotion comes first.

Major Spoilers Poll of the Week
There’s a big game coming up this weekend, that we can’t use the real name for because stupid league and all, but for those who have followed my annual Superb Owl #FakeSuperbOwl feed on Twitter know that there are good times ahead. Why talk about the Superb Owl at all? Quite simply – we all have other interests outside of comic books, and when it comes to popular culture, the biggest football game of the season is something we should turn our eye toward.

Discussion:
We love hearing from you! This week we open up the email bag and read and comment on some of the things you have sent our way.