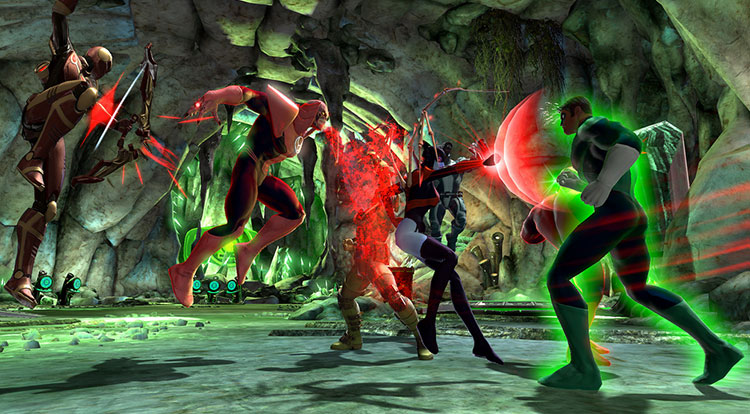 During the holidays, I spent quite a few hours playing DC Universe Online, and rediscovered my addiction for MMORPGs and how good the DCU Online game is. Good news for those who have been following the Lantern side of the game – the War of Light has begun!

New Operations
Launching with War of the Light Part I is a new version of Metropolis, separate from the version in the core game. Set just after the events of Braniac’s Battle for Earth, it will be the canvas on which the entire War of the Light Trilogy of DLCs will be drawn.

This will feature four-player and eight-player group events that will have colored mists changing the emotions of the citizens of Metropolis. Yes, these emotions will be keyed to the colors of the various Lantern Corps.

These operations take players into all new environments, to Mogo and Ranx, in addition to the streets of Metropolis. Players will interact with both new and old iconic characters from DCUO. One of the more exciting aspects is the way the mist can sometimes take control of an iconic character, infusing them with raw emotional might and turning them into a powerful avatar of Will, Fear, Rage or Hope.

Yes, there are new Rage powers in DCU Online! Rage will take the form of new tanking mechanics, namely Rage Crash that can be used by heroes and villains. This also leads to the introduction of new characters to the game – Saint Walker and Atrocitus.

DC Universe Online is free to play (with paid upgrades for certain items, etc.), and if you are online and see a player named Major Spoilers, that would be me.