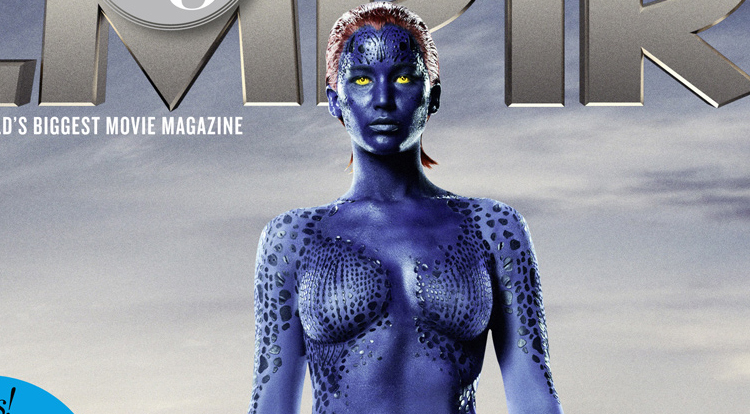 Empire must be taking a cue from the comics industry with their March edition because it is variant covers galore! With 25 covers watch featuring a character from Days of Future Past slated to be revealed the first six have already made their way on the the Internet and we are here to gather them for you. Empire will be releasing 25 Days of Future Past covers in all today in celebration of the 25 years in print for the magazine. I’m not sure what a regular issue of Empire costs readers but these look to be running for $9.99, which, if the publisher is taking the same idea as comic publishers that variants need to costs more, seems about right.

If you are someone who loves variants in all forms, you can pick up all 25 covers and complete a long image stretching from cover 1 all the way to 25.

Make sure to check back in at the end of the day when we have the rest of the covers all ready for you to view.

Does Empire’s idea interest you enough to go out and grab all 25 covers or maybe just the ones of your favorite characters? Let us know in the comments below!