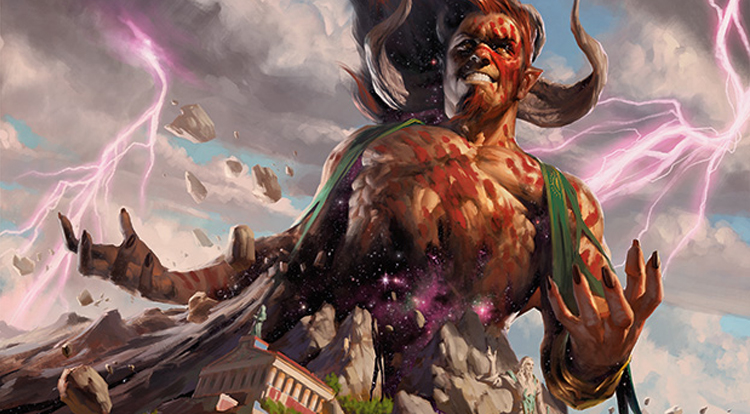 born of the gods
Casual 60

Howling Mine (and other similar cards) have been a part of Magic: The Gathering since the game’s inception. Drawing more cards is great, but the catch is that the card doesn’t just help you, it helps your opponent as well. Luckily Born of the Gods brings us a new creature that has the potential to make Howling Mine an all-upside card. Check it out: Spirit of the Labrynth is a card that is clearly made to halt decks based around Sphinx’s Revelation. But thanks to cards like Roaring Primadox we can exploit its ability. The idea here is to play a Howling Mine (or four) and use Spirit of the Labrynth to prevent your opponents from drawing, then on your turn bouncing it to your hand with Roaring Primadox (or Whitemane Lion, or Narrow Escape) and drawing a bunch of cards.

That’s cool, right? But how does it win? That’s where Psychosis Crawler comes in. This robot meanie nicks your opponent for one each time you draw a card, meaning when you unstopper your mines on your turn you could do some serious damage. Furthermore it doesn’t hurt that a hand full of cards makes this guy extra dangerous.

The other cards in the deck try to facilitate things. It’s not hard to have three or more artifacts on the board, making Indomitable Archangel very useful (and a 4/4 flier doesn’t hurt). Unnatural Predation allows your crawlers to get in for that lethal damage even when blocked and Angelic Wall protects you from early damage. Cenn’s Enlistment is deceptively good, since you’re likely to end up with a lot of lands in your hand.

Reliquary Tower is vital since it prevents you from having to discard all your excess cards, however Remember the Fallen is there for you if that doesn’t work out. Font of Mythos is the hot new Howling Mine and gives the deck a little more consistency.

If you wanted to change things up you could always add blue (to increase your card draw) or black (to punish your opponents’) but the core of this deck, I feel, is the combination of Spirit of the Labrynth and Roaring Primadox so I would refrain from switching those out. What do you guys think? Let me know if you guys get a chance to play it and what you think of the Born of the Gods spoiler you’ve seen so far.