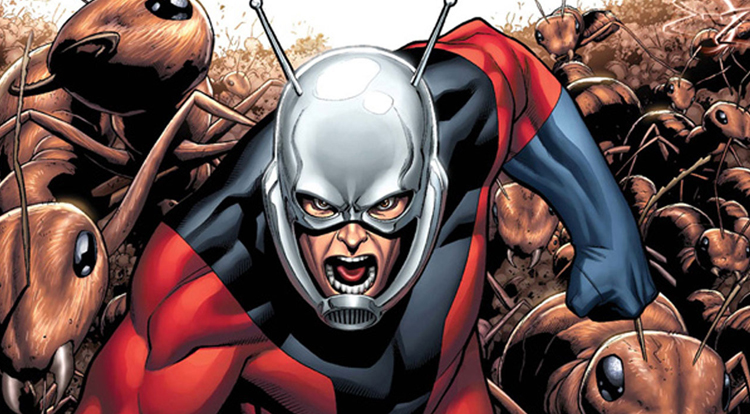 Last week Warner Bros. announced the untitled Man of Steel sequel was being pushed back from July 2015 to May 2016 to make sure the film will be of the highest quality possible. Seeing the opportunity to open earlier in the summer, Marvel was swooped in and decided to take the weekend.

Along with the announcement that Batman vs Superman would be pushed back to 2016, Warner Bros. also announced that the coming Peter Pan movie Pan would be filling the slot left open. It seems that Marvel is completely fine with pitting the Paul Rudd leading Ant-Man against a retelling of the Peter Pan story. Now that Marvel has made the move it will be interesting to see if Warner Bros. decides to, once again, shift the release date for Pan.

With Avengers 2 opening up May 1, 2015, Marvel will want to get Ant-Man as close as possible to that release date to get the hyped fans to see the Edgar Wright directed movie of a character that will be lesser known to a majority of the movie going audience. I’m incredibly excited to see if Marvel can shoot the recognization factor up for Ant-Man and Paul Rudd like it did with Iron Man and  Robert Downey Jr.