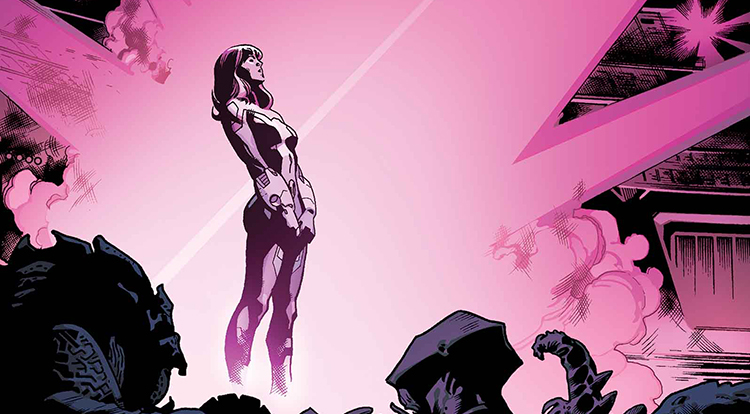 Marvel sent over a sneak peek of All-New X-Men #23 by Brian Michael Bendis and Stuart Immonen that arrives in stores in February.

ALL-NEW X-MEN 23 (DEC130692)
Written by BRIAN MICHAEL BENDIS
Art & Cover by STUART IMMONEN
Variant Cover by DALE KEOWN
The alien Shi’ar Empire has abducted Jean Grey, placing her on trial for the cataclysmic crimes of her future self. On the edge of deep space, the young mutant and original host of the Phoenix Force pleads for her life amidst alien races who would see her destroyed!

As her fellow X-Men and new allies the Guardians of the Galaxy race across the stars to her aid, will they arrive in time? Or will it be too late? Plus, an ending so shocking you’ll have to see it to believe it!