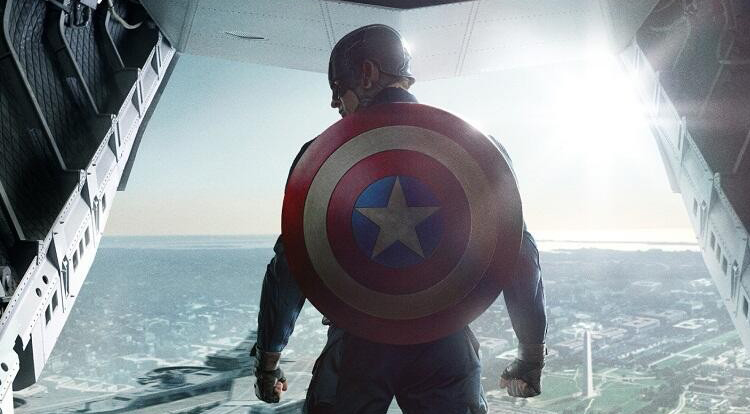 Three more images have been released for Captain America: The Winter Soldier and one features Anthony Mackie’s Falcon. Along with the images Chris Evans talked about the relationship between Captain and Falcon and how relevant this film is compared to the current state of America.

Talking about the relationship between Captain and Falcon, Evans had this to say:

Meeting Mackie’s character, he used to serve, now he works at the VA, counselling guys who come home with PTSD — they connect on that level. I think they’re both wounded warriors who don’t bleed on other people.

Cap has no one to bleed on. I think Mackie knows how to handle people like that… Sometimes when things are bad, trusting a stranger is the way to go.

One of the more interesting quotes coming from the interview with Evans discussed how Steve is wrestling with the situation he has found himself in and how that reflects the state of America we are living in currently.

For Steve, it’s about what is right. He’s relatively acclimated to the modern day — it’s not tech shock anymore, he’s not just like, ‘What’s a cellphone?’”

It’s more about, given his situation, given the company he works for, what are we doing that’s the right thing? How much privacy, civil liberties are we willing to compromise for security? It’s pretty crazy how relevant it is right now. Captain America: The Winter Soldier looks to be shaping into a fantastic film and that comes from the guy who though “Meh” after viewing the first Captain America movie.

What are your thoughts on the upcoming sequel? Like the direction they are taking it? Use the comment section what it was put there for!