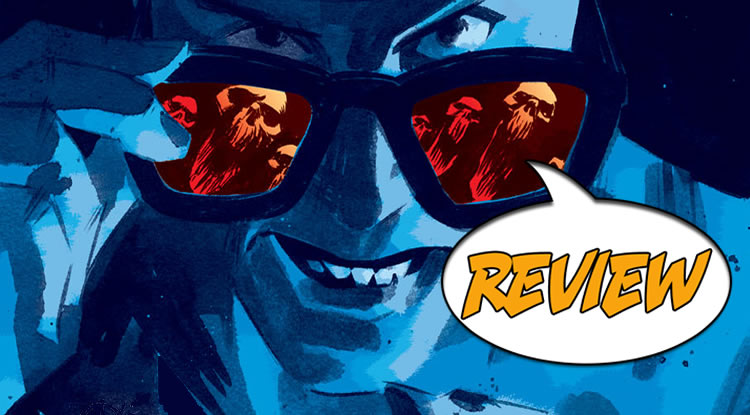 If you read my review of Image’s Ghosted #5 a couple of months back, you know I loved the fact that I was drawn to the characters and never did figure out just how the story was resolve.

I have to say, I enjoyed that because the solutions to many comic stories these days are pretty obvious. I literally thought about this for months, and never did come up with what was going to happen.

Needless to say, I LOVED that!

This week, Ghosted is starting its second story arc, and the sixth issue has me just as gripped as the first arc did!

Previously in GHOSTED:  “After his last job, Jackson Winters won his freedom. But even now, he can’t put his very real ghosts to rest. News of his reappearance has spread, and there are people who have waited a long time to use his peculiar talents for all the wrong reasons.

GHOSTED IS BACK WITH A VENGEANCE

Mr. Williamson continues to script the book, thankfully, and it has the same edgy feel to it the first five issues did. Things move at a rapid pace or the drama ramps up while we’re learning more about the situation Jackson’s in. I’ve said it previously, but it bears repeating – What makes Williamson such a terrific scripter is that he can adeptly handle many different kinds of storytelling (check out Dark Horse’s Captain Midnight, for instance), and this comic is no exception!

There are some carry-overs to the previous issues, including Trick, a magician, who Jackson considers his only friend in the world. But Mr. Winters is clearly finding out that his past will continue to haunt him no matter where he goes in the world!

I loved the change of scenery from a haunted house to a tropical environment. I also enjoy that what at first seems to be a non-supernatural job indeed does have a ghost involved, but more than that, I won’t reveal because I really think you’ll enjoy this issue!

You should know that there’s a big surprise about halfway through the issue when some folks apparently are shot to death. And the initial sequence about Winters and the dead clearly is setting up something to come, so don’t miss that!

Will Winters need to pull together another team to take care of this new job? Or will he and Trick be all that’s needed? And how did this situation happen? I can’t wait to find all this out!

Davide Gianfelice is the new artist for this title, picking up the reigns from Goran Sudzuka, and he provides a lot of consistency in storytelling while also adding his unique flair to it.

His art is easy to understand and dynamic, focusing on the action when needed while also highlighting the dramatic sequences as well.

My favorite panel in the book happens when the aforementioned shooting takes place. I literally gasped when I saw it. But I also really liked the final sequence in which Jackson starts to understand just what the job is that he’s going to work on – kind of grisly, seems to me, because a child is involved!

By mixing the supernatural with the natural, this book’s creative team keeps us turning the pages quickly, creating a powerful story and an engrossing story, not to mention fascinating and well-developed characters.

If you didn’t get the chance to pick up Ghosted’s previous issues, the first five-issue arc has been collected into a trade for only $9.99! Be sure to pick up the trade so you can enjoy it as well as future issues of this terrific comic! That way you pick up everything that’s going on in this wonderful book!  Ghosted #6 earns 4 Stars.