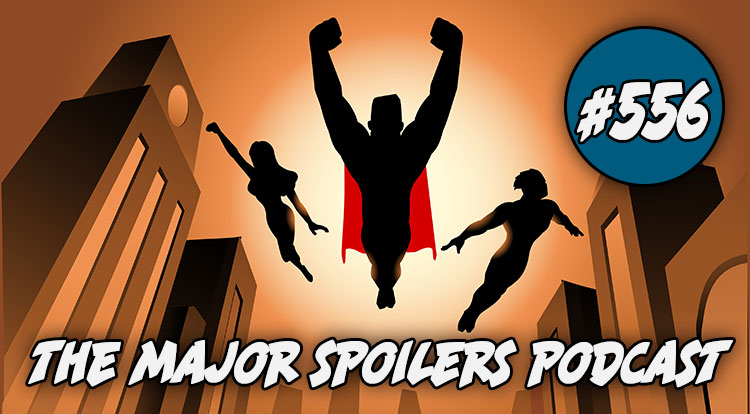 This week on the Major Spoilers Podcast, Rodrigo is back, Michael Douglas is Ant-Man, so where is The Wasp? Also, is there a time limit for the death and return of characters?

REVIEWS
STEPHEN
EGOS #1
Writer: Stuart Moore
Artist: Gus Storms
Publisher: Image Comics
A twisted far-future epic! An aging hero risks everything to rebuild his former team – but to do so, he must cross a line with his wife that can’t be uncrossed.

MATTHEW
L’IL VAMPI #!
Writer: Eric Trautmann, Brandon Jerwa
Artist: Agnes Garbowska
Publisher: Dynamite Entertainment
Welcome to Stoker, Maine, the most normal, boring town in the world. Or is it? There are sea serpents roaming the docks, a mummy in the town hall. And a gaggle of ghouls and goblins just devoured the breakfast cereal aisle at the local Shop-O-Mart. Who is behind this monstrous rampage? And can it be stopped? When there are spooks afoot and arcane mysteries to be solved, it’s time for Vampirella-teen scourge of the supernatural-to crack the case! And if that isn’t enough, each Li’l book comes with a two-page activity sheet and a “Pantha” comic strip by Brandon and Orion Jerwa and Agnes Garbowska!

Major Spoilers Poll of the Week
I have been working with friend of Major Spoilers, and artist extraordinaire, Thomas Perkins (Ben 10, Green Lantern, Beware The Batman) on new merchandise based on the Critical Hit: A Dungeons and Dragons Podcast. Thomas designed all of the characters for the Critical Hit shirts currently being sold through /Loot, and we want to do something more with those designs. Fortunately, we know some people who do 3D modeling, and have access to a 3D printer. Do you see where this is going?

What Critical Hit character do you want turned into a statue first?