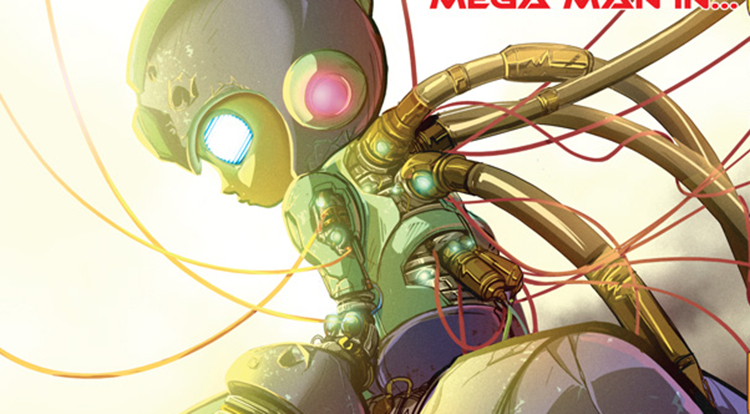 MEGA MAN #3
SCRIPT: Ian Flynn
ART: Brent McCarthy, Gary Martin, John Workman and Matt Herms
Cover: Brent McCarthy
“BOX ART MEGA MAN” Variant cover: Patrick “SPAZ” Spaziante
The critically acclaimed Mega Man series continues with the dramatic, action-packed epilogue to the “BLACKOUT: THE CURSE OF RA MOON” storyline in, “Unplugged”! The battle against the sinister alien being known as Ra Moon has ended, and Mega Man’s final fate remains in doubt! With major repairs looming, and Rock’s future as a super fighting robot in question, Dr. Light must work to restore our hero to his former glory. This may be a job that even Dr. Light can’t handle, but at least he’s got some help from his trusty pal Dr. Wily. WAIT A MINUTE—DR. WILY?! Why on earth is the evil scientist helping to save the Blue Bomber? And how far will Dr. Wily go to remain free? Featuring cover art from Brent McCarthy and a special “BOX ART MEGA MAN” variant cover from Mega Man artist supreme Patrick “SPAZ” Spaziante!