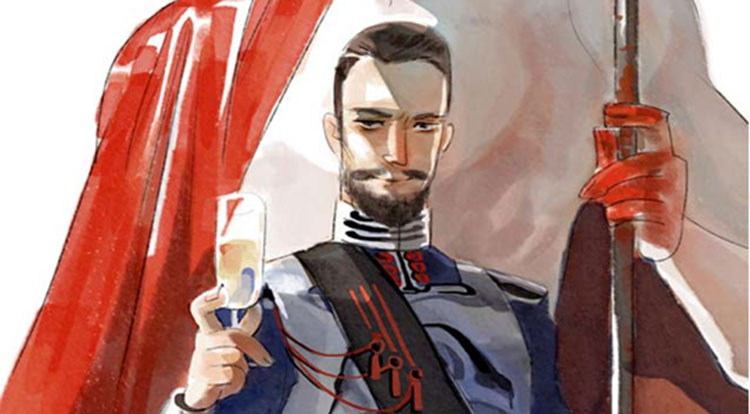 In 2014, Brandon Graham (PROPHET, ELEPHANTMEN) will team up with four different creators to bring a series of science-fiction/fantasy miniseries set in a world ruled by eight houses to life.

The first of the series will be 8HOUSE: KIEM, written by Graham and drawn by Xurxo Penalta and follows a soldier who must project her mind into the body of her dead twin in order to fight monsters on a distant comet.

The second of the series is titled 8HOUSE: ARCLIGHT, written by Graham and featuring art by Marian Churchland (BEAST). ARCLIGHT will bring readers the chilling story of a high-ranking lady of one of the houses who has her mind trapped in a monster’s body. She will soon learn that the monster trapped in her body has taken over her old life in her absence.

The last of the series will be 8HOUSE: MIRROR, and will be written by Emma Ríos (PRETTY DEADLY) and drawn by Hwei Lim. 8HOUSE: MIRROR will examine what it means to be “human” and promises to take readers on an ironic space opera battle between self-absorbed humans intent on their own survival and noble monsters striving to save their worlds.

“Brandon Graham possesses one of the most irreverent creative minds in comics, which is what led me to tap him for the Prophet relaunch a couple years back,” said Eric Stephenson, Publisher at Image Comics. “Brandon’s work on Prophet also revealed he has a keen eye for talent, so in addition to being one of the most creatively adventurous project we publish all year, 8House is also one of the most gorgeous.”

8HOUSE is a new series of sci-fi/fantasy miniseries coming to Image Comics in 2014.