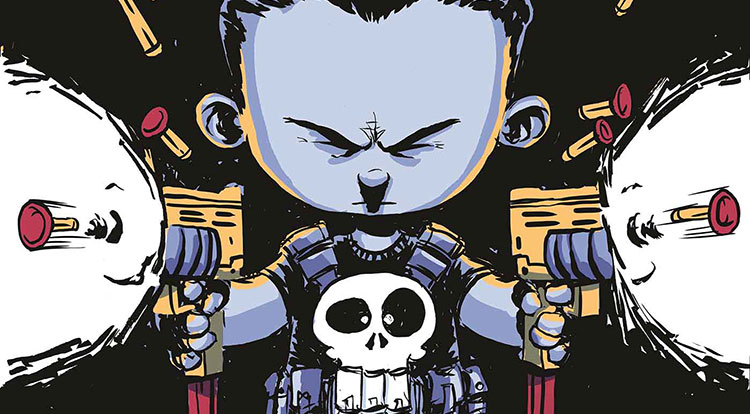 Frank Castle returns in an all new number one issue of Punisher. The creative team of Nathan Edmondson and Mitch Gerads brings the title to us, and Marvel sent a sneak peek for you to check out.

THE PUNISHER #1 (DEC130627)
Written by NATHAN EDMONDSON
Art & Cover by MITCH GERADS
Variant Cover by SALVADOR LAROCCA
Animal Variant by CHRIS SAMNEE and Young Variant
For years, the Punisher has called New York City his home – keeping a watchful eye on the city through the sight of a gun. But when a lead on a major source of drugs, weapons, and more leads Frank out west – he sets his sights on Los Angeles. And the City of Angels isn’t ready for a devil like the Punisher! But not everything is as it appears, and Frank will soon find himself toe-to-toe with a highly trained military strike force known only as the 131! Who are the mysterious 131? And why are they out for the Punisher’s head?