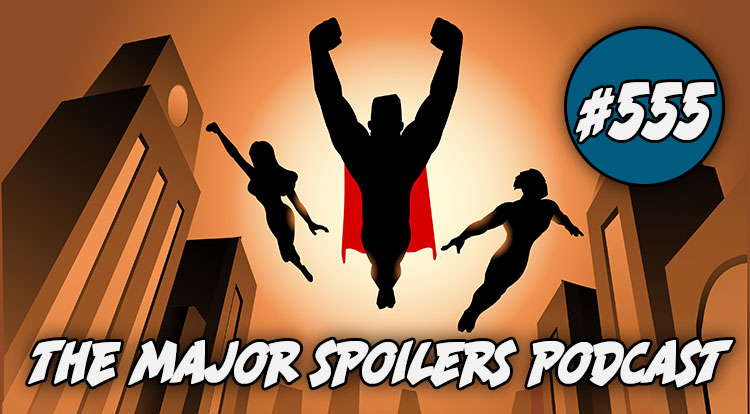 This week on the Major Spoilers Podcast, Star Wars back to Marvel, Stephen cries, Afterlife with Archie #3, Injustice Gods Among Us Year 2 #1, Revelations #1, and how Major Spoilers almost won a Podcast Award.

REVIEWS
STEPHEN
AFTERLIFE WITH ARCHIE #3
Script: Roberto Aguirre-Sacasa
Cover: Francesco Francavilla
Riverdale Yearbook Variant Cover: Tim Seeley
NEW ONGOING SERIES! “Escape from Riverdale” Part 3: The zombie apocalypse is in full swing and the surviving members of the gang have taken refuge in the Lodge Mansionóbelieving themselves safe from the infected roaming the streets of Riverdale! But there’s no stopping Archie from sneaking out, risking life and limb to find his missing parentsóleaving those sequestered behind vulnerable to an enemy within! The zombie mayhem (and body-count) continues to rise in this breakout series, for TEEN+ readers!

MATTHEW
Injustice Gods Among Us Year 2 #1
Writer: Tom Taylor
Artist: Bruno Redondo
As the series returns, the Black Canary is still dealing with the death of Green Arrow. And Superman issues a threat.

Major Spoilers Poll of the Week
Is there potential in Star Wars moving to Marvel?