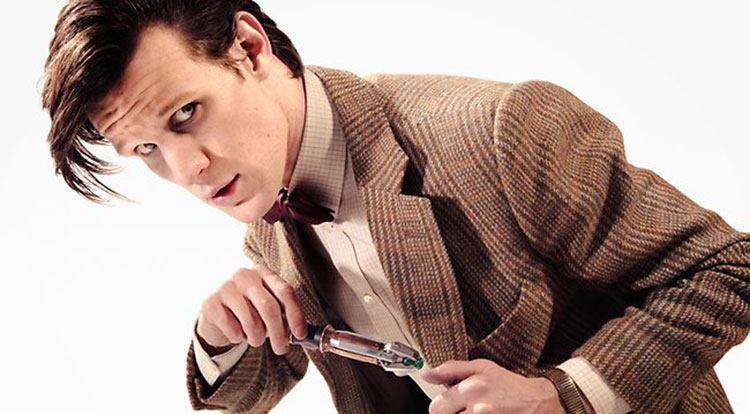 Matt Smith, who recently completed an acclaimed four-year run as the 11th incarnation of the Doctor in the landmark British television series “Doctor Who,” will make his first Wizard World appearance at New Orleans Comic Con on February 7-8. Smith will greet fans, sign autographs, pose for photo ops and conduct an interactive Q&A during the event, held at the Ernest N. Morial Convention Center.

Smith began his acting career on stage, appearing in various popular London theatrical performances before landing the coveted role in “Doctor Who” in 2010. He received a BAFTA Award nomination in 2011 and his final episode, on Christmas Day, was BBC America’s largest audience ever, attesting to both the popularity of the series in America and Smith’s success in the role.

“Doctor Who” fandom is on full display at Wizard World shows. Fans of the series, which celebrated its 50th Anniversary with a highly-rated program that was simulcast by BBC America at Austin Comic Con, cosplay as numerous characters as well as the TARDIS, the space-time vehicle used in the show.

Smith joins an impressive roster of celebrities scheduled to attend Wizard World New Orleans Comic Con (Feb. 7-9), including Norman Reedus, Steven Yeun, Jon Bernthal and Michael Rooker of “The Walking Dead,” Robert Englund (“Freddy Kruger” of A Nightmare on Elm Street), Eisner Award Hall of Famer Stan Lee, Wil Wheaton (“Star Trek: The Next Generation,” Stand By Me), John Ratzenberger (“Cheers,” Toy Story), WWE® Diva AJ Lee™, Linda Hamilton (Terminator, Beauty and the Beast), Alan Tudyk (“Serenity,” Wreck it Ralph) and many others. It is the second of 16 events currently scheduled in the 2014 series produced by Wizard World, Inc. (OTCBB: WIZD) and will also feature a top-drawer collection of well-known comics artists and writers and a variety of activities, exhibitors and special attractions.

New Orleans Comic Con is also the place for cosplay, with fans young and old showing off their best costumes throughout the event. Fans dressed as every imaginable character – and some never before dreamed – will roam the convention floor, often stopping by the Show Stage, the ideal place to see and be seen.