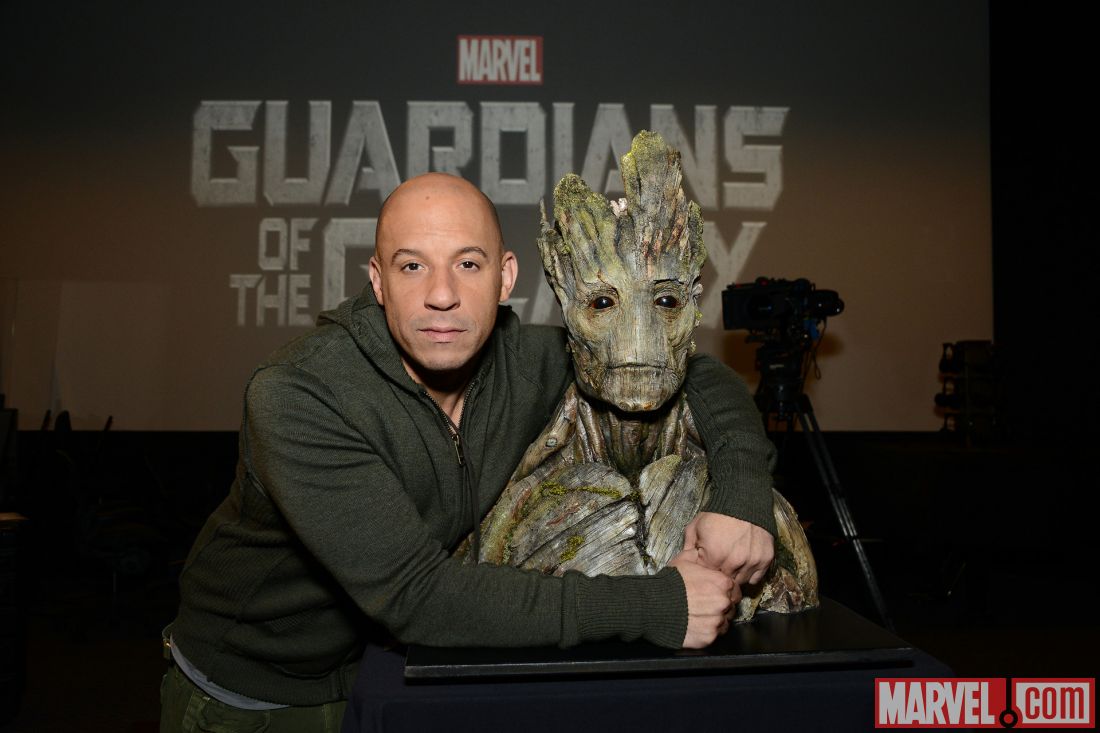 There’s been a lot of speculation over the last several months that Vin Diesel would be playing the one word plant dude from Guardians of the Galaxy, and Marvel has finally confirmed it in a press release.

The star of the Fast and the Furious and Riddick franchises will lend his voice to Groot in Marvel’s live-action “Guardians of the Galaxy,” rounding out the team that includes Star-Lord (Chris Pratt), Rocket Raccoon (Bradley Cooper), Gamora (Zoe Saldana) and Drax (Dave Bautista).

I loved Diesel as the Robot in The Iron Giant, and if he brings the same talent to Groot, then I think fans will be more than happy to hear his gnarly voice on the big screen.