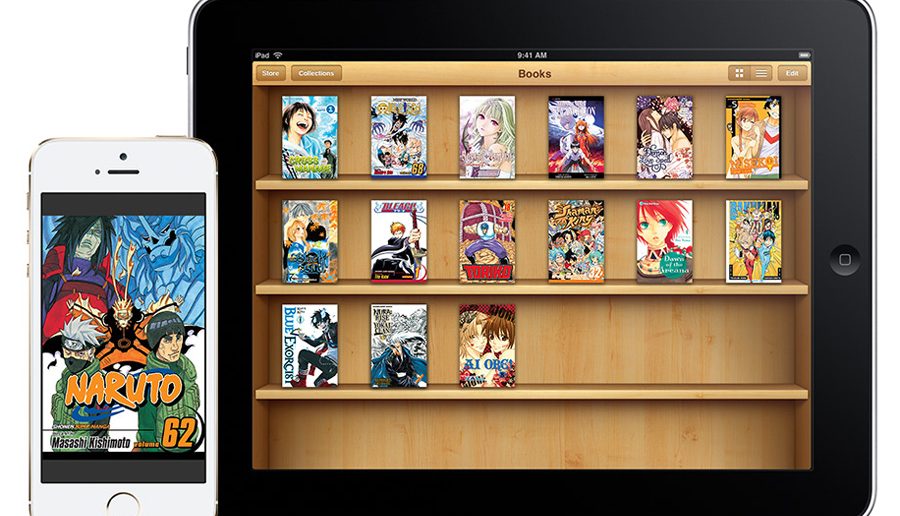 VIZ Media, LLC (VIZ Media), the largest publisher, distributor and licensor of manga and anime in North America, has announced the debut today of its entire digital manga (graphic novel) catalog on the iBooks Store.

“The availability of this deep library of manga titles on the iBooks Store brings some of the genre’s most popular and acclaimed series to legions of new and existing fans across North America with the reliability and convenience Apple’s platform is renowned for,” says Gagan Singh, EVP and CTO, VIZ Media. “With one of the largest and most diverse English language manga catalogs available anywhere, VIZ Media remains fully committed to the proliferation of high quality digital manga content, and we look forward to nurturing and continually expanding this robust catalog.”

Individual volumes (presented in English, with right-to-left reading format) are generally available for purchase in the U.S. and Canada for $6.99 (U.S. / CAN) each. New series as well as the latest additions to numerous ongoing titles will be added each week.