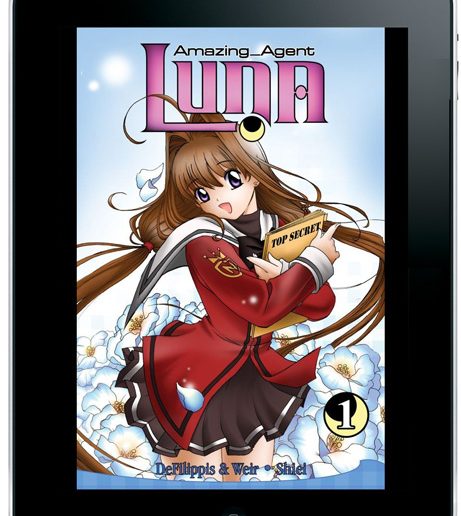 To mark the occasion, thirteen full-length graphic novels have been made available for download from Seven Seas Entertainment across comiXology’s entire platform including iPhone, iPad, Android, Kindle Fire, Windows 8 and the Web.

Right now, manga fans across the globe can experience these Seven Seas Entertainment titles through the power of comiXology’s Guided View™ reading technology and those reading on iPads with the Retina Display will get to experience these graphic novels in stunning high-definition with CMX-HD.

The launch titles are:

This debut of thirteen initial titles will be quickly followed by more of Seven Seas’ back catalog and fans will see new releases coming out same-day-as-print in the future.

With over 40,000 comics and graphic novels from more than 75 publishers, comiXology offers the widest selection of English language digital comics in the world. ComiXology’s availability across the iPhone, iPad, Android, Kindle Fire, Windows 8 and the Web makes it the best digital platform for newly interested, current and lapsed comic and graphic novel fans worldwide.

About Seven Seas Entertainment
Established in 2004, Seven Seas Entertainment is devoted to producing original manga, comics, graphic novels, and youth literature, and bringing the best in Japanese and Korean licenses to North American audiences. The company’s line-up includes such original manga properties as Amazing Agent Luna, Hollow Fields, and Vampire Cheerleaders; licensed manga such as the New York Times Bestselling manga series A Certain Scientific Railgun, Dance in the Vampire Bund, Toradora!, and Alice in the Country of Clover; and the epic YA novel series Avalon: Web of Magic by Rachel Roberts. Seven Seas hosts a webcomic site, www.zoomcomics.com, which is a daily stop for thousands of visitors eager to read free manga and comics online and contribute to an ever-growing forum community. Seven Seas is distributed by Tor/Macmillan. For more information, visit the publisher’s web site www.gomanga.com.

About comiXology
ComiXology has revolutionized the comic book and graphic novel industry by delivering a cloud-based digital comics platform that makes discovering, buying, and reading comics more fun than ever before. ComiXology’s Guided View&trade; reading technology transforms the comic book medium into an immersive and cinematic experience, helping comiXology become one of iTunes top 10 grossing iPad apps in both 2011 and 2012. Offering the broadest library of comic book content from the top 75 publishers, and including independent creators as well, comiXology will not stop until everyone on the face of the planet has become a comic book fan.  A privately held company, comiXology is based in New York City.  For more information visit www.comixology.com.