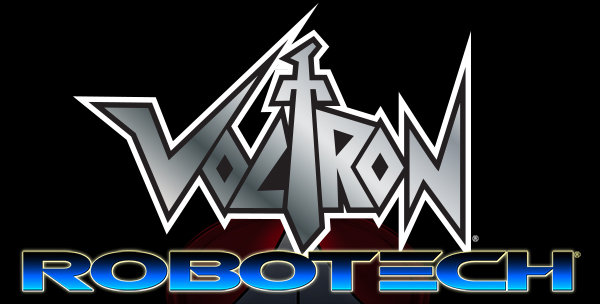 Dynamite Entertainment proudly announces that they have acquired the rights to publish comic books based on the beloved science fiction anime, Robotech®.  In a unique sub-licensing arrangement with DC Entertainment and with the Harmony Gold USA, Dynamite Entertainment will publish a new series beginning with a Robotech / Voltron crossover event.  This crossover marks the first time uniting the popular Robotech cast with the five lions of Voltron, a fan-favorite World Events Production property.

Voltron, based on the story of five robotic lions piloted by a team of brave space explorers that combine to form a mighty metallic hero, launched in the U.S. in September of 1984 and quickly became a #1 rated animated series that will celebrate its 30th Anniversary in 2014.

“Robotech and Voltron are two of the most recognizable anime series that defined ’80s pop culture,” says Tommy Yune, creative director at Harmony Gold and mastermind behind the upcoming crossover.  “Both franchises have endured in their popularity today and fans have long speculated of an epic crossover between the universes.  The opportunity to do so is an honor, and it’s a welcome challenge to construct a storyline that works well with key characters on both sides.  Most important of all, it’s going to be a lot of fun with plenty of surprises.”

“Robotech is one of the finest intellectual properties ever to come out of Japan, and we are so very fortunate to be able to contribute to its legacy of thrilling science fiction action and drama,” says Nick Barrucci, CEO/Publisher of Dynamite Entertainment.  “We’re also thankful to have such great partners on the Robotech journey, DC Comics and Harmony Gold, and joining us in this incredible first-ever crossover with Classic Media’s Voltron.  We’ve published Voltron for years, and this is definitely rewarding to place the two fan-favorite universes together.”

“Skyscraper-sized robots and city-crushing monsters are no strangers to the Dynamite gang, thanks to our fine experience with the Voltron license,” adds Barrucci.  “We’ve been the proud home to Voltron since 2011, and I think our talented creators and editorial staff really balanced the science fiction and space fantasy elements of that franchise with the human story of its pilots.  We’re very excited to continue the adventures of the Five Lions and the Voltron Force pilots as part of the crossover penned by Tommy Yune, and recapture the very best qualities of our previous Voltron series in this exciting new venture.  Robotech / Voltron is a fan’s dream, one we’re thrilled to add to our line of comics!”

The new Robotech / Voltron team-up adds additional content to Dynamite’s existing Voltron projects, published as two series thus far and expanding the mythos licensed from World Events Productions.  The first-ever pairing of these two giant animated properties is expected to attract huge media and fan attention in time for Voltron’s 30th Anniversary.  A new Robotech series will follow in the wake of the crossover.

The appreciation for the original Robotech television series, its comic spin-offs, and expansive universe of additional content runs deep at Dynamite, as evidenced by the passionate reflections of Joe Rybandt, the company’s Senior Editor.  “Every day after school, I would watch Robotech and I loved it.  LOVED IT.  Probably for a lot of the same reasons that I loved Claremont’s Uncanny X-Men, in that it was soap opera mixed with incredible action and excitement.  Also, it was my first introduction to episodic television starring giant robots and, y’know, GIANT ROBOTS.  I’ve gone back to the show every now and again, and still find it a rewarding experience, filled with great characters and amazing design. And now, here I sit, getting ready to set a new course with the comics.”

St. Louis-based World Events Productions, Ltd. (WEP) has produced and distributed children’s animation for over 25 years.  WEP is the IP holder for shows including: Voltron, Defender the of the Universe, Voltron: The Third Dimension, Denver the Last Dinosaur and Vytor the Starfire Champion, among others.  WEP is a Koplar Communications company.   Follow Voltron on Twitter at @Voltron and on Facebook/VoltronOfficial.  For more information visit www.wep.com and http://www.voltron.com.