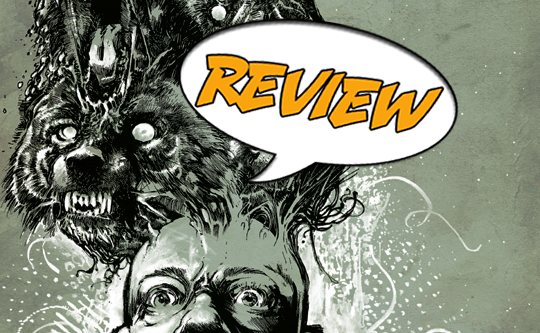 Someone recently asked me to post a review that wasn’t as positive as I usually prefer, so here goes! If you’re a kid reading this, you need to go to a very different page NOW!

Previously in MINIATURE JESUS: Devil on one shoulder – angel on the other. One tells you to do bad things, the other . . .  well, you get the idea. Bad news for a recovering alcoholic if the “good” one is MIA. Between a liquor-gulping demon and a mummified cat hell-bent on mucking up his fragile stability with esoteric trappings of Egyptian gods, it’s all about to make our hero’s day hit the proverbial fan.

JUST BECAUSE IT HAS “JESUS” IN THE TITLE …

This isn’t the first comic to have the name “Jesus” in its name. Recently, I came across Punk Rock Jesus as well. Be warned – often comics that do this are far from having any redeeming value (or even interesting stories). Sometimes that’s a clue that the creator or creators want to shock the sensibilities and perhaps even offend, if possible! If that naked guy in the Satanic robe on the inside cover of this issue doesn’t warn you, nothing will!

I’m also convinced that some comics make sense only when one is completely under the influence of “adult beverages.” Since I don’t imbibe, I didn’t find this book entertaining.

Now, if you like Ted McKeever’s previous works at Vertigo including Metropol, you’ll probably know what you’re getting when you plunk down your money at the local comics shop. And that’s fine by me. But I like my comics to be at least somewhat uplifting, if at all possible. Granted, this is only the third out of five issues, but things keep spiraling down, down, down, it seems!

This book features an alcoholic, an eight-inch high figure of Jesus that originally is found on a church wall, demons, a hell-cat and some of the worst dialogue I’ve ever read in a comic. Here are a few examples: “The mouth is the vagina to the soul.” “You Christs are always SO gullible!” and “I give you the always-miserable-to-be-around Mister Chomsky!” Don’t they make you want to spend 10 minutes of your life reading this that you’ll wish you could get back afterwards?

Basically, this story starts in the gutter, then goes downward from there! The only one not speaking at all is the now-animated Christ figurine, but if it did talk, I’m sure this book could be resolved in a single page!

There’s quite a lot of graphic violence, including pulling a body in two, so don’t let the children back into the room yet! I appreciate that Image Comics is working hard to give fans a wide variety of good reading, but this one should have been digital-only, in my opinion!

THE ART MATCHES THE STORY, NOT A GOOD THING!

Usually, when a book’s art matches the story, I find that a good thing. But this comic is black-and-white and apparently was created on matte paper, making the lines (and the lettering) very rough and at times extremely difficult to figure out.

Some “people” (and I use the term loosely) are presented in a lot more detail than others, who are very bland in appearance. For example, the cat is flush with detail while the Jesus figure almost fades into the page.

BOTTOM LINE: THERE HAS TO BE ANOTHER COMIC AVAILABLE FOR YOU TO BUY, AND MIGHT EVEN BE WORTH THE TIME YOU READ IT!

Many times, I come away from my time reading comics elated, excited and anxious to share about the great stories I’ve just read. This issue left me down and certain that it’s time to go back and read Batman #21 so I can feel good again! Granted, the story’s not over yet, but I won’t be around to see how this one ends!

I’m giving it one star because hey, they did manage to get it printed on paper, all right!

Okay, kids, go pick up Garfield or some other comic actually worth the time you spend reading it!