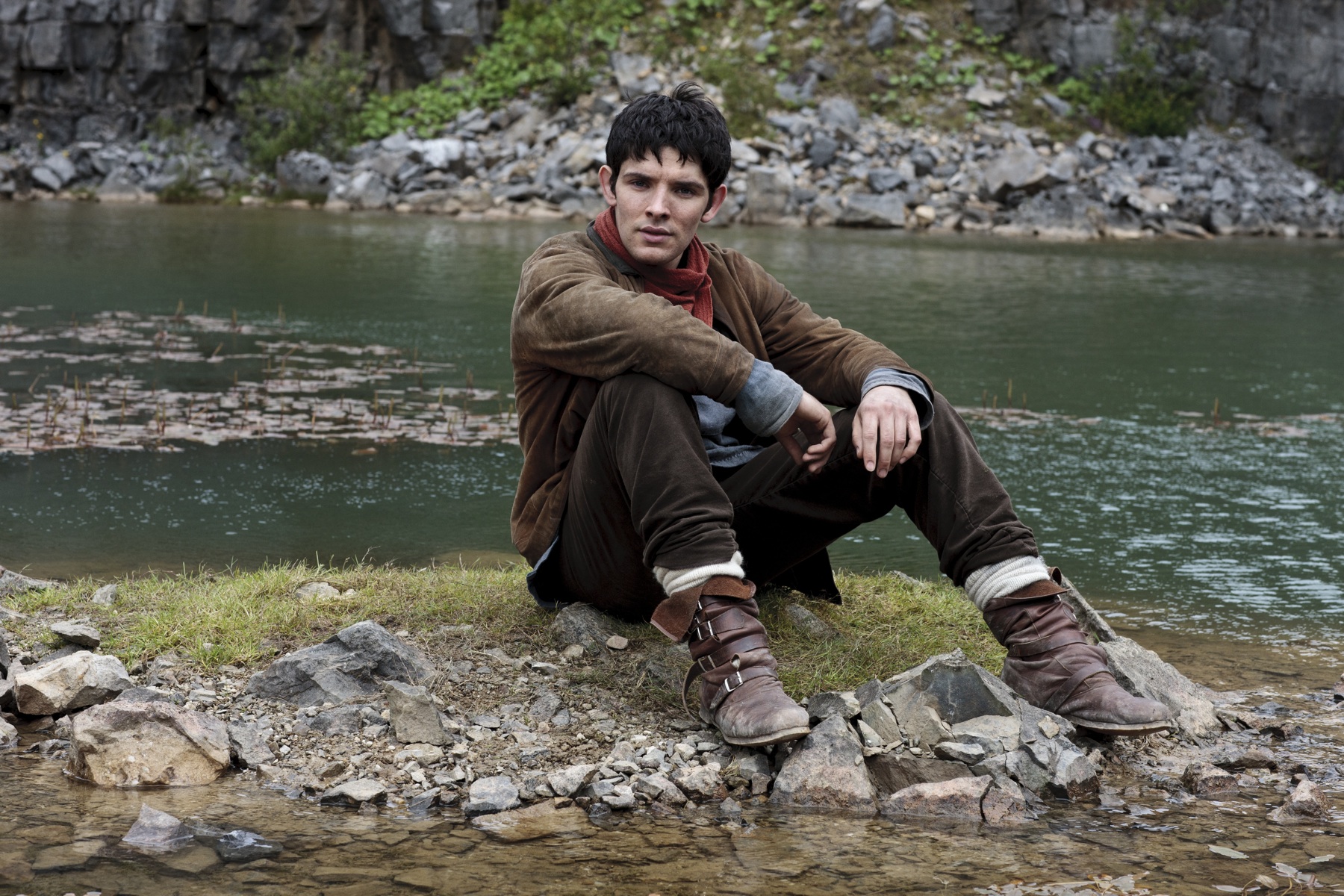 Time is running short and only Arthur’s impassioned love and Merlin’s timely magic can stop Morgana’s spell from dooming Gwen to an eternity of evil in “With All My Heart,” the first of the final five episodes of MERLIN, which airs Friday, May 3 at 10:00 p.m. ET/PT on Syfy.

The series, lauded by Entertainment Weekly as “an utterly charming mini-epic,” barrels toward its stunning conclusion in five episodes fraught with tension, revelation and, of course, filled with magic.

The first of the five episodes is this week’s “With All My Heart.” In the episode, Merlin must act fast before Morgana’s twisted control over Gwen gets further out of hand. But only the most powerful magic can save the Queen and this will not be easy, even for Merlin. As the High Priestess tightens her grip on Camelot, one thing is clear – she will not give up her puppet without a fight … and both Merlin and Arthur will need to risk everything to save Gwen. In her fifth and final season playing Gwen, Angel Coulby said she was overjoyed when presented with the storyline, and was very excited to take her character in new, wicked directions.

“It gave me a chance to do something different with a character I’d been playing for a long time – and it’s just so much fun being bad,” Coulby explains. “I’m not quite sure what this says about me, but I think there’s something liberating about playing a villain. Plus I got to try to kill Bradley. Um, I mean Arthur.”

Coulby adds that there were no particular challenges to playing Gwen in an evil light.

“For me the challenge is always the same no matter what the roll, and that is to make whatever you’re doing seem truthful,” Coulby says. “Obviously actors achieve this ‘truth’ through various different methods, but I tend to simply follow my instincts.”

While Coulby and Katie McGrath (who portrays Morgana) have both said they’ll miss their long-running characters when MERLIN ends, neither will be sorry they needn’t ever again return to Trefil, the site of the climactic scenes of “With All My Heart.” Over the series’ five-year run, numerous episodes have featured the renowned limestone quarries of the South Wales village. Neither actress has many pleasant memories of the location.

“No matter what the weather is like anywhere else in the world, it’s always raining in Trefil,” Coulby recalls. “It’s always raining and cold, or it’s way too hot, and it’s very exposed. It looks fantastic on screen, but it’s a real pain to film.”

McGrath concurs: “We were in Trefil a lot during the first seasons, then we started not filming there as much – and then the producers realized the high production quality of this unused quarry on the side of a mountain, so we returned. Sure, they’re sitting in an office in London with their tea, and we’re there on busses in minus-4 temperatures and hawks overhead waiting for us to die so they can feast on our bones. It was always a trial to film in Trefil.”

MERLIN fans needn’t travel anywhere but Syfy this Friday, March 8 when “With All My Heart” debuts at 10 p.m. ET/PT, kicking off the final five episodes ever of the most magical series on TV.