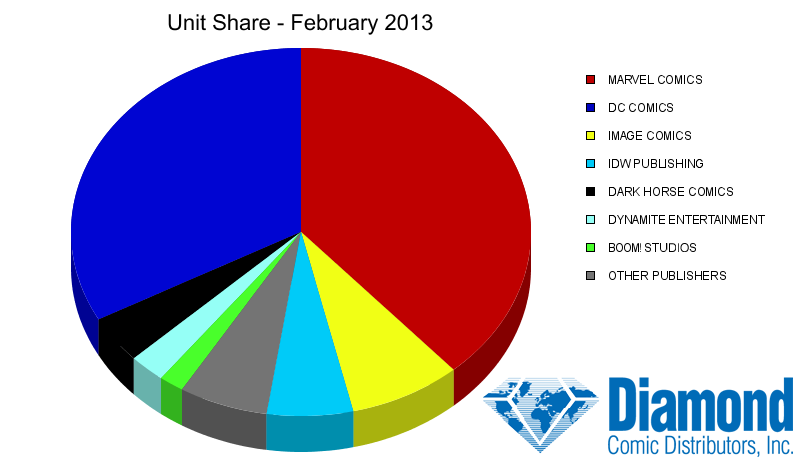 Diamond Comic Distributors has released the top ten book that sold to the direct market in February 2013, and as expected Marvel and DC took the top spots again. Image proved made a strong third place showing, nudging out IDW Publishing and Dark Horse Comics to close out the top five.

Surprising (or not depending on your view of the industry), Dynamite Entertainment was the top small publisher, coming in sixth overall, with BOOM! Studios making a strong showing as well.

When it comes to books, the New 52 Justice League of America #1 took the top spot even with all the variant covers, while the Uncanny X-Men #1 came in second place.

Though the top ten is dominated by Marvel and DC, I’m surprised we didn’t see at least one Dark Horse title make it on the list.