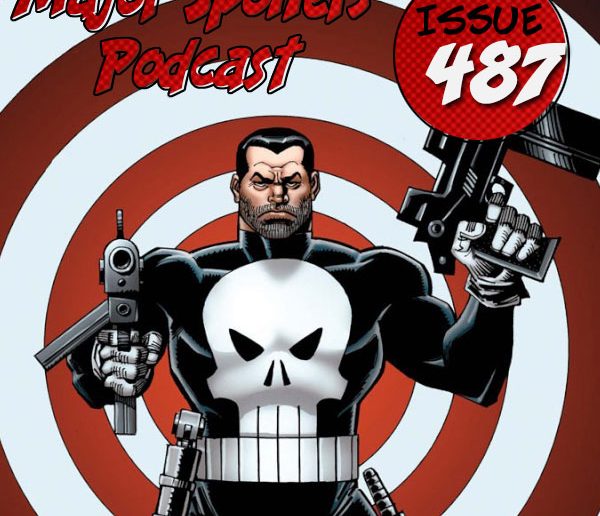 In this issue: Frank is back, so why don’t we get to know him better? Plus, Invincible, The Liberty Files, Avenging Spider-Man and J.J. Abrams!

REVIEWS
STEPHEN
Invincible #99 Writer: Robert Kirkman Artist: Ryan Ottley and John Rauch Publisher: Image Comics Cover Price: $2.99 ”THE DEATH OF EVERYONE” continues!
Invincible Vs. Dinosaurus for the fate of the world! Could this be the end of Mark Grayson?!

MATTHEW
JSA Liberty Files: Whistling Skull #1 Writer: B. Clay Moore Artist: Tony Harris Publisher DC Comics Cover Price: $2.99
• A new series from acclaimed creators B. Clay Moore (Hawaiian Dick) and Tony Harris (EX MACHINA, STARMAN)!
• In 1940s Europe, the Nazi war machine is on the move…but crimes are still committed in even the smallest hamlets. Can one heroic duo solve the most bizarre mystery of all?
• From the world of the JSA: THE LIBERTY FILES, witness the birth of a new hero for the ages!

Major Spoilers Poll of the Week
As often happens with the start of a new year, people begin to make goals on what they would like to accomplish in the next 365 days. Goals of course need to be S.M.A.R.T.:
This is the mantra for every self-help guru from Tony Robbins down to your fifth period sociology instructor. It’s surprising that when someone has a goal, believes in it, and works toward it each day, the goal is usually accomplished. Which brings us to this week’s Major Spoilers Poll of the Week.
[poll id=”266″]