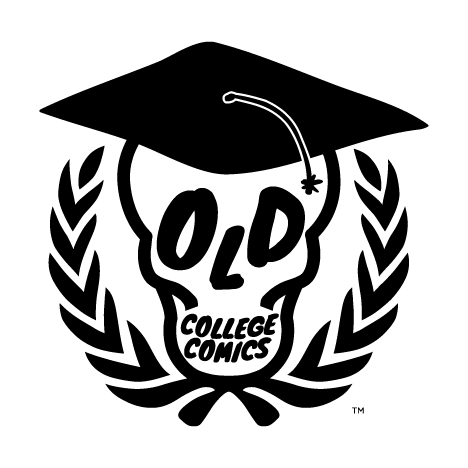 In the wake of the successful release of their first collection, The Freshmen Fifteen, as well as the first issue of their comic, Afterman, Old College Comics is proud to announce that their books are now live on Graphicly.com, the digital comic distributor.

Formed in February by a group of CSULB alumni, OCC is a group of like-minded writers and illustrators, all trying to make their way into comics on their own terms. These 25 friends came together and deployed their creativity into telling the stories they wanted to tell, proving that collaboration is stronger than competition.

The Freshmen Fifteen is a fifteen story comic anthology, containing stories of varied focus and genre, ranging from the humor and slice-of-life of Erin Hickey’s “Lonely,” to the high-paced action and battle of James Kislingbury and Andrew Wilson’s “Ragnar.”

Afterman #1—Mike Pallotta, Joe Bryant, and Jeff Chang’s superhero tale—is the first issue in an eventual series for the collaborators, telling the story of a young man coming into his own, against a backdrop of heroes, villains, and the diverse city of Long Beach.

Old College Comics debuted both books in print at the Long Beach Comic and Horror Convention, this past November 3 and 4.

To read the Old College Comics, head over to:
http://graphicly.com/old-college-comics