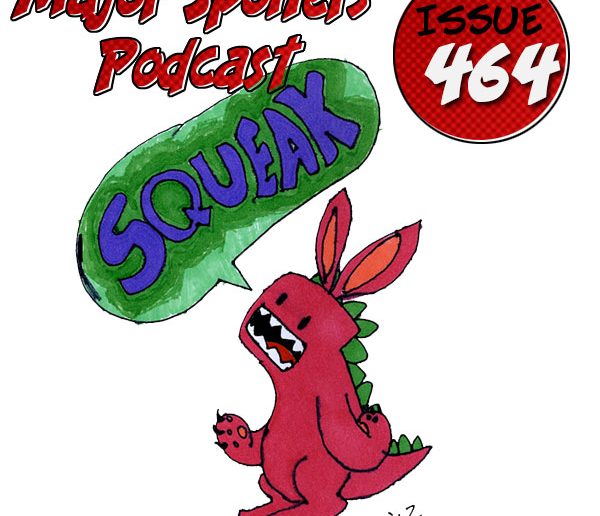 In this issue: Zach and Rodrigo return! Del Toro wants to do a Justice League Dark movie? A look at American Vampire by Scott Snyder and Stephen King.

REVIEWS
STEPHEN
Freelancers #1 Written by Ian Brill Art Joshua Covey
Money Talks. Val and Cassie are two women trying to make it in L.A…who just happened to grow up in a Kung Fu Orphanage, and now make their way in the ultra-competitive world of bounty hunting . They’ve watched each others’ backs since they could stand, and those bonds are tested daily as they navigate a city where loyalty usually only runs as deep as one’s bank account. Val and Cassie take the most dangerous jobs, and watch as others bask in the glory. But now, as their former mentor becomes L.A.’s most wanted fugitive, Val and Cassie will fight through L.A.’s glitziest and grimiest hoods as they learn just what sacrifices are necessary to make Hollywood dreams come true.

MATTHEW
Hit Girl #4
Writer: Mark Millar
Artist: John Romita, Jr.
Mindy finally gets an ultimatum: No more Hit-Girl or else. But when danger lands on her doorstep, Hit-Girl may face her biggest challenge yet: not spilling blood on the living room carpet.

RODRIGO
Punch Quest for the iPad Punch Quest is an arcade-style fighting game, entirely controlled by taps with your left and right thumbs.

Major Spoilers Poll of the Week
DC Comics has announced it will release Justice League of America with 52 variant covers.  With the flood of variants on the way this February, we want to know if you are on board with the idea.
[poll id=”259″]

Discussion:
American Vampire Volume 1
From writers Scott Snyder and Stephen King, AMERICAN VAMPIRE introduces a new strain of vampire – a more vicious species – and traces the creatures’ bloodline through decades of American history.This first volume of the critically acclaimed series collects issues #1-5 and follows two stories: one written by Snyder and one written by King, both with art by future superstar Rafael Albuquerque. Snyder’s tale follows Pearl, a young woman living in 1920s Los Angeles, who is brutally turned into a vampire and sets out on a path of righteous revenge against the European monsters who tortured and abused her. And in King’s story set in the days of America’s Wild West, readers learn the origin of Skinner Sweet, the original American vampire – a stronger, faster creature than any vampire ever seen before.