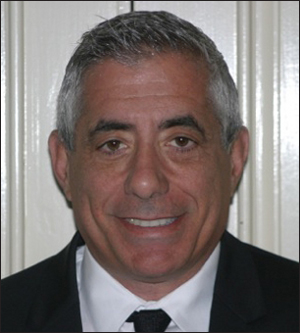 BUSINESS: Wizard World appoints John Macaluso to Chairman of the Board

The Wizard World, Inc. (WIZD) board of directors elected John Macaluso chairman of the board, effective October 10, 2012, succeeding Michael Mathews who is stepping down from the board to pursue his passion of early stage technology ventures.  Macaluso will continue to serve as the company’s Chief Executive Officer.

Mr. Macaluso has overseen Wizard World’s impressive growth in its pop culture Comic Cons in 2012, including enjoying its most highly-attended and successful events in Philadelphia, Chicago and Columbus, Ohio.  Macaluso has shifted the company away from the prior management’s singular focus of being the purveyors of the new next thing towards a more fan-centric and balanced approach of delivering a great experience for all constituents – the talent, the sponsors and the attendees.  With this shift in strategy and business practices, Wizard World is experiencing growth in all areas of its business, from attendance, to viewership of wizardworld.com, to sponsorship sales and activations, and merchandise sales.

This broader vision has also helped Wizard World create a number of “once in a lifetime experiences” for attendees, including meet and greets with first gathering of the Captains in all five iterations of the “Star Trek” franchise, as well as the first U.S. reunion of the cast of “Star Trek: The Next Generation.”  Wizard World comic cons are now attracting the next generation of global film stars such as Marvel’s The Avengers headliners while continuing to secure industry legends like Stan Lee and William Shatner, and industry favorites like Will Wheaton, Eliza Dushku, Scott Bakula, Gillian Anderson and WWE® Superstar CM Punk®.

John Maatta, COO of the CW Network and a director of Wizard World, Inc. stated “As CEO, John has worked tirelessly to instill best practices in the company’s operations, and we look forward to having his leadership and vision at the board level.”

Statements in this press release relating to Wizard World, Inc.’s future plans, expectations, beliefs, intentions and prospects are “forward-looking statements” and are subject to material risks and uncertainties.  When used in this press release, the words “will,” “future,” “expect,” “look forward to,” similar expressions and any other statements that are not historical facts are intended to identify those assertions as forward-looking statements.  Any such statement may be influenced by a variety of factors, many of which are beyond the control of Wizard World that could cause actual outcomes and results to be materially different from those projected, described, expressed or implied in this press release due to a number of risks and uncertainties.  Accordingly, no assurances can be given that any of the events anticipated by the forward-looking statements will transpire or occur. A detailed discussion of these factors and other risks that affect Wizard World’s business is contained in its SEC filings, including its most recent reports on Form 10-Q, particularly under the heading “Risk Factors.”  Copies of these filings are available online from the SEC or by contacting Jerry Milani, Public Relations, at (646) 380-2479.  All information set forth in this press release is current as of October 23, 2012. Wizard World undertakes no duty to update any statement in light of new information or future events.