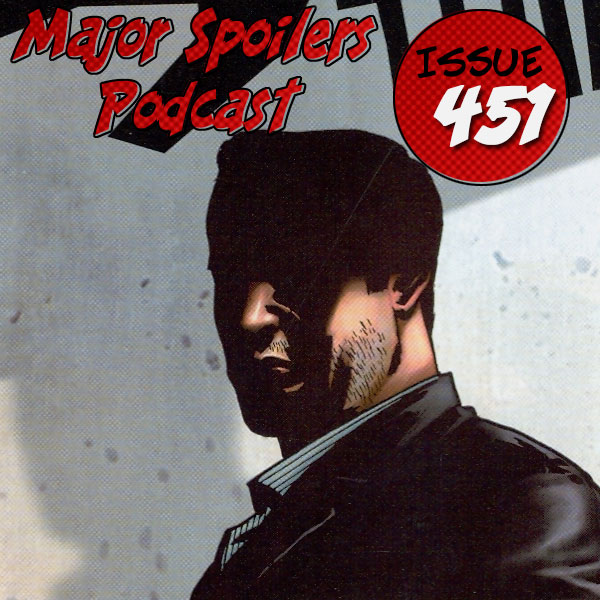 In this issue: Screw the technical issues – this podcast is moving forward! On with the show! Also, The Thief of Thieves, comiXology, and reviews, reviews, and reviews.

REVIEWS
STEPHEN
Action Comics #13
Writer: Grant Morrison
Artist: Sholly Fisch
• You won’t want to miss the return of Krypto!
• Superman must face down a threat from the Phantom Zone – with the help of The Phantom Stranger!
• Grant Morrison makes a major change in ACTION COMICS in this special issue featuring art by Travel Foreman!

MATTHEW
The Boys #71
Writer: Garth Ennis
Artist: Russ Braun
High above the streets of New York City, Hughie and Butcher reach the end of the line. There’s blood to be spilled and truth to be heard. The last Boys storyline reaches its conclusion, in the sixth and final part of The Bloody Doors Off.

RODRIGO
Halloween Eve
Writer: Brandon Montclare
Artist: Amy Reeder
Eve has an imagination that’s more than active – it can be downright dangerous! Working late at the costume super-store Halloween Land, she gets lost in her own thoughts until something goes bump in the night. The rubber masks and plastic novelties are coming to life, and Eve must face ghosts, goblins, and gorilla suits made real.

Major Spoilers Poll of the Week
Time to bring the Poll of the Week back to its roots and get to the punching, the fighting, and the flavin’. Two heroes enter, one will leave. This week’s battle features the speedsters of the DC and Marvel universes – The Flash and Quicksilver.

Discussion:
Thief of Thieves
Redmond is a master thief who decides to quit just before attempting what would be his biggest heist yet. He then begins a new career of stealing from other thieves in an effort to make up for all his previous mistakes, but finds himself on the run from people on both sides of the law. Kirkman explained, “He’s got this compulsion where he has to steal or he doesn’t feel like he’s living, but he doesn’t want to break the law anymore.” Thief of Thieves depicts both sides of Redmond’s life: one as the thief along with his young apprentice, Celia; and the other as his real name, Conrad Paulson, who has an estranged wife and adult son.