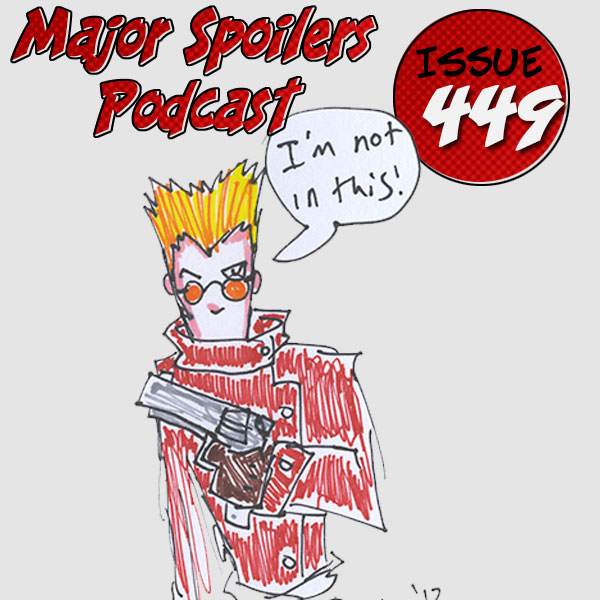 In this issue: The Sixth Gun, Matthew Returns, Zero Month is over, and a femme Fatale lurks just around the corner.

REVIEWS
STEPHEN
Fatale #8
Writer: Ed Brubaker
Artist: Sean Phillips
It’s the turning point of the second arc of BRUBAKER & PHILLIPS’ white-hot series FATALE! What is Josephine’s secret plan, and what has she been doing all these years on the run from the ’50s to the late ’70s? And has the monster that’s hunted her most of her life returned?

MATTHEW
Aquaman #0 Writer: Geoff Johns
Artis: Ivan Reis, Joe Prado
It’s the first appearance of Atlantis – and Aquaman’s first encounter with Atlanteans! • How will this story of Arthur’s past set the stage for his future? Find out here!

RODRIGO
Orchid #10
Writer: Tom Morello
Artist: Scott Hepburn
The odds have never been better for Orchid and her Shadow Rebels as they rally the troops and take the offensive. Seeking to squash the rebellion before it gains any more ground, vicious dictator Tomo Wolfe pulls out all the stops, revealing new monstrosities and abominable weapons that will push Orchid to her limits . . . or kill her.

ZACH
Teen Titans #0 Writer: Scott Lobdell Artist: Tyler Kirkham, Batt
Focusing on the origin of Tim Drake; how a would be Olympic star and computer genius went on to become Batman’s third Robin.

Major Spoilers Poll of the Week
Now that DC has wrapped up its month of zero issues, it’s time to reflect on the gimmick to give current readers a glimpse of what came before the New 52 relaunch, and give new readers a chance to jump on the ongoing series.

Discussion:
The Sixth Gun During the darkest days of the Civil War, wicked cutthroats came into possession of six pistols of otherworldly power. In time the Sixth Gun, the most dangerous of the weapons, vanished. When the gun surfaces in the hands of an innocent girl, dark forces reawaken. Vile men thought long dead set their sights on retrieving the gun and killing the girl. Only Drake Sinclair, a gunfighter with a shadowy past, stands in their way.