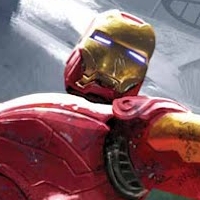 Texas is threatening to fire a nuclear warhead if any enemy enters their territory. So what is the logical choice? Send in the Ultimates! Major Spoilers lets you in on the happenings of the newest installment of the Divided We Fall story.

Previously in Ultimates: The United States is falling apart. Texas has established itself as a new country and is nuclear armed. The government has abandoned the Southwest, the West Coast is up in the air, and the National Guard is securing the Northeast. Thankfully the Ultimates are ready to fight, especially now that their leader, Captain America, is back on the scene.

The countdown clock has been a plot device to build the sense of impending doom in television, film, comics, you name it, and that is exactly what drives this issue. A S.H.I.E.L.D. Helicarrier carrying the Ultimates shows up above the capital of The New Republic of Texas prompting them to fire their nuke at New York City. The team has fiften minutes from the launch to find the abort codes and enter them before a repeat of Washington D.C. occurs. Thankfully, in a very 80’s action film line manner, Captain America assures Carol that they will have it done in fourteen.

When a countdown timer is used in a story, generally, it feels unrealistic as the clock generally speeds up and slows down to accommodate for what needs to be presented. Here it seemed a natural progression towards zero, especially since it might just take you fifteen minutes to read the issue. It is nice knowing that the nuke was programmed to actually hit zero, as it does finish its countdown even though it was successfully disarmed. It’s not a huge boost for the issue, but it is nice not seeing a bomb be stopped at one-second once again.

The dialogue serves almost no purpose throughout the story as over half the speaking is just Captain giving orders as they fight it out in Dallas. With this being the issue directly before the “Ultimate-Universe-Altering” issues of fifteen and sixteen, I expected to see more happen then we were ultimately given.

Double Bubble gum is the go to when you are in a crunch and want to blow a sweet bubble, but not have flavor for more than seven seconds. If you are daring you can throw a second piece in to go for broke (as in your jaw), but you still aren’t going to have much lasting flavor. This is generally my mindset when I see that two different people are handling the penciling. Billy Tan did a decent job in issue thirteen, so I don’t understand why Timothy Green II was brought in. Bringing in Green created discrepancies between characters that resulted in a less streamlined art style, which would’ve complemented the pacing for the issue. Here’s to hoping Tan goes back to solo again for coming issues.

Ultimately the Divided We Fall storyline shuffled slightly forward instead of taking a regular issue step. What do we have at the end of this? Texas is down a nuke and the same guy is ‘effing with everyone in a clear attempt to establish a new leader for the continent. Make this issue a dollar cheaper and I would say it’s probably worth picking up to get the whole story for “Divided”, but with a $3.99 price tag I say skip it and wait till next month. 2 out of 5 stars.