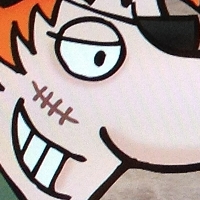 Steve Jackson Games has been putting on one preview game a day here at Gen Con for their next release, Munchkin Apocalypse. Major Spoilers took a peek at the one happening this afternoon and is giving you the highlights.

The scenario for this game is simple: the end of the world is upon us, you must defeat the monsters, survive the calamities, grab some treasure, and, of course, betray your friends. As the game runner began to run down the rules, it was easy to see that Jackson has brought his A-game for this.

A mechanic of Apocalypse that I’m loving are “Seal” cards (and yes, they do have a seal on them.) What these cards do is create an immediate effect to the game and then have an on-going effect that will carry on until that seal is covered by a new seal. When a new seal is activated the effects of the previous are no longer in effect to make room for the new seal. Seals aren’t discarded (unless a card dictates of course) because the amount of seals on the board create an automatic bonus for monsters. So, if there are 4 seals stacked on the board and a Level 3 monster is revealed upon kicking open the door that monster now has a power level of 7. This increase in monster power makes the game more difficult, which seems logical since this is the end of the world. The other interesting thing seals bring to the game is that when a seal is activated and that seal is the seventh on the board, the game automatically ends. No cards may be played to negate this action, everyone simply dies. What happens then is the players count up all of their bonus on the board and the player with the highest number wins. Another great aspect that creates the feeling of the end of the world.

The first of the expansions for the set has also been announced and it Mars Attacks. None of these cards have been demoed, but they have put a release date of 2013. Muchkin Apocalypse will release this fall, with a price tag of $24.99. Apocalypse looks to be like a great addition to the already fantastic Munchkin line, and I personally will be picking it up when available.