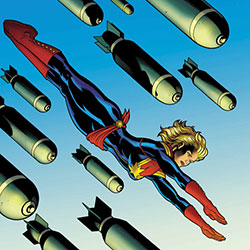 Marvel has released an early look at Captain Marvel #3 by Kelly Sue Deconnick and Dexter Soy.

CAPTAIN MARVEL #3 (JUN120654)
Written by KELLY SUE DECONNICK
Penciled by DEXTER SOY
Cover by ED MCGUINNESS
Carol Danvers, the all-new Captain Marvel, finds herself caught up in a firefight with the mysterious Prowlers! But how is this group connected to the secret NASA training program known only as Mercury 13? 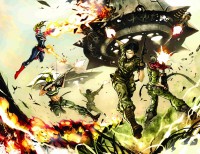