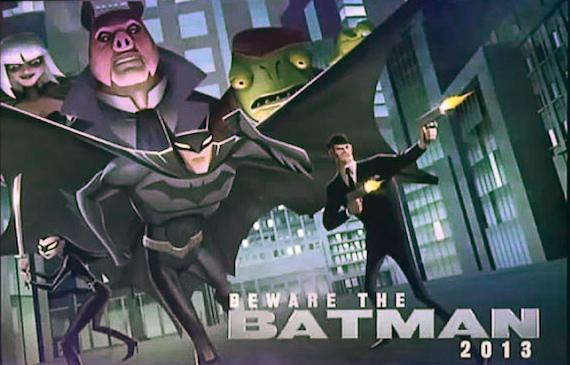 TELEVISION: Beware the Batman gets toned down by Warner Bros. Batman doesn’t use guns, but in the upcoming Beware the Batman animated series, we’ve seen butler Alfred Pennyworth wielding guns.  In light of the shooting in Aurora, Colorado, Warner Bros. has decided to tone down the violence.

Variety reports on the rumor that make sense from a PR standpoint.

An unspecified number of alterations were made to some designs and situations on the series to minimize the amount of weapon imagery deemed too realistic.

The review process, which isn’t expected to be cheap, will be as detailed as changing the shape of gun barrels from round to square for the purpose of rendering the weapons in a more stylized manner reminiscent of sci-fi fare.

It’s an interesting turn of events for the series that doesn’t debut until 2013.