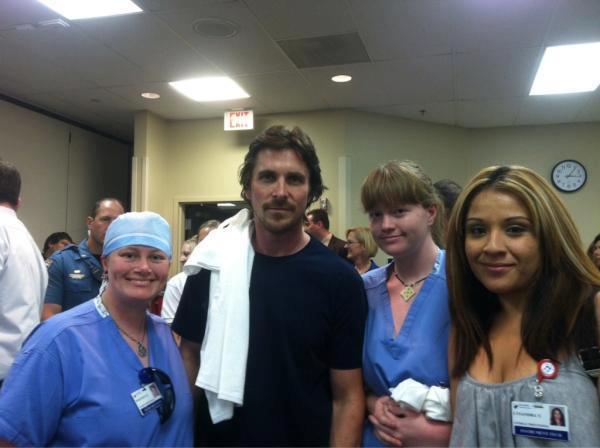 We’ve intentionally not talked about the theater shootings in Aurora, Colorado for a number of reason, but mainly because there has been nothing positive to come from the “news” and speculation/pundits outlets to provide anything of real meaning.  However, when someone does something positive, not for their own image, but to make those suffering feel better, it does deserve some attention. That’s why we are giving Christian Bale the Major Spoilers Hero Award.  Mr. Bale took it upon himself to visit the hospital where survivors of the shooting are recovering.  According to reports, the actor spent time with each of the patients, and also spent time with those that were the first responders to the crime scene.  According to Warner Bros., “Mr. Bale is there as himself, not representing Warner Brothers.”

Regardless of what you think of the actor or the movie, it is Christian Bale’s actions that speak volumes.  This is yet another example of someone who didn’t have to do anything, but did it for the right reason.