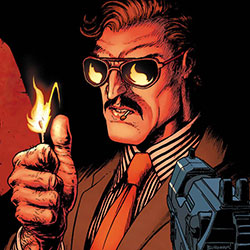 Due to the recent shootings in Aurora, Colorado, DC Comics issued a letter to retailers telling them to hold off selling Batman Inc. #3.

Out of respect for the victims and families in Aurora, Colorado DC Entertainment has made the decision to postpone the release of BATMAN INCORPORATED #3 for one month because the comic contains content that may be perceived as insensitive in light of recent events. We request that retailers do not make this issue available as previously solicited.

The book has been moved to August 22, 2012, but considering many stores may already have the book in hand, it will be interesting to see if the issue will escape into the wild.