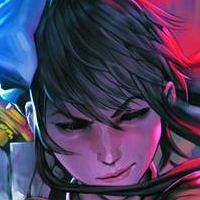 Avast! The Mermaid’s Bottom be out in open water ‘n under attack from th’ inside! Will ‘tis have ye shoutin’ “Whore and Gold!” or feelin’ a wee out of water? Major Spoilers has ye answer ahead!

Previously in Skullkickers: Rex and Rolf (aka Baldy and Shorty) stowed away on the all female ship The Mermaid’s Bottom and have found themselves facing off against a monster that is all too familiar for Rex. It has been recently revealed that Rex is from a different time entirely, but was sent to the present period through a portal by the Thool monster. Now, one of Thool’s babies is aboard the ship and ready to control some minds!

Baby Thool is taking over The Mermaid’s Bottom (snicker, snicker) as it attempts to drill through the crews’ skulls so it may kill off those resisting. Thankfully our red bearded friend’s skull is too thick (according to a fantasy factoid, three to four times as thick as a human’s) and he is spared from being controlled, again, by a mystical force. Unfortunately, the ship’s crew does not have such a trait and are easily put under the control of Thool.

With her crew under Thooly’s command, Captain Cherry, with her magical sword Rutilus, must team up with Kusia to hold back the crew from accomplishing their deadly task. From there the fighting takes off and never stops. Accompanying the fighting is the humor that Skullkickers has near perfected. Instead of using the standard action sound effects like Whoosh, KRACK!, BAAAAMM, Skullkickers opts for a more straightforward approach with wordings like STRUGGLE, POORLY-TIMED STORM, and PIRATE PUNCH!. That unorthodox approach, combined with the newly added “Fantasy Factoids” and back-and-forth narration at the beginning and end encompass the idea behind Skullkickers.

Another portion of the book that has continued to make Skullkickers an enjoyable read doesn’t even take place during the pages of story, but are all the extra pages that are included at the end of most issues. Whether it be a word search, pinup art from professionals and fans, mazes, or even paper dolls with accessories for the kiddies, the ending pages haven’t necessarily been included to advance the story, but to continue the laughs. This issue we are treated with a pirate slang dictionary with definitions to sayings like: bilge biter (someone full of $#%@), watered up (drunk), and seven seas ghost (an oddly specific term for generic spirits of the sea).

For the most part, the first twelve issues of Skullkickers didn’t feature many females prominently in the panels, besides our pointy-eared friend Kusia who kept popping up. But now during the current arc we are treated to a bevy of pirate mistresses who are drawn rough and tough with a nice sprinkling of sexy. Artistically the most engaging section was after the “bad wave” trashes The Mermaid’s Bottom about which creates the panel orientation to toss and turn making it seem we are on the ship watching the battle unfold. Essentially the artistic team shines through again with work so well done that if all dialogue was stripped away the story still comes through with laughs still in place.

That was the next to last line of this issue and it basically sums up the attitude towards this series. It’s not an attitude that throws together convoluted story plots for the sake of sensationalism, but one that is upfront about saying, “Ya we know this technically wouldn’t work, but it’s awesome and not too far-fetched so we are going with it.” Now that’s a philosophy I can get behind for a wisecracking sword and sorcery book. Skullkickers #16 is rude, violent, foul-mouthed, artistic, and all-around well-done, earning 4 out of 5 stars.