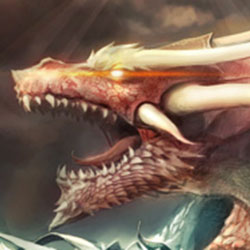 At San Diego Comic-Con this past weekend, Dark Horse announced it would publish the first book in the exciting new multimedia franchise from DeZerlin Media: Dragon Resurrection!

Following the discovery of the remains of a dragon in the mountains of Tibet, adventurer Jesse Chang sends a DNA sample back to his twin brother, geneticist Jack. However, when a rogue American general learns of the discovery, he sets in motion a global pursuit to seize and control the technology for his own shocking ends. Now these twin siblings must synthesize the dragon’s DNA, creating a new generation of living, breathing dragons, in order to take on a tyrant bent on building his own personal kingdom.

A dynamic cross between Jurassic Park and Mission: Impossible, Dragon Resurrection represents the first-ever Chinese superheroes to be seen in the mainstream international markets. This dynamic new graphic novel from Dark Horse represents the first release of a franchise that will produce books, games, and other merchandise, leading up to a major motion picture.

“It’s fast, it’s fun, it’s cool—we purposely made a book that we ourselves wanted to read,” said writer/producer Mark Byers. “We’re so happy to be part of the Dark Horse team and to have them share our enthusiasm for the franchise.”

“Dragons are not just in fairy tales; they’re real, and they live among us,” says creator/producer Lin Zhang. “That’s the feeling we wanted to create, and since dragons are a part of both Eastern and Western cultures, we made an exciting action adventure that will thrill everyone.” Lin’s passion for animation began when he taught himself CG animation in middle school, and began a lifelong adventure in the world of pure imagination. He established his own animation production studio his first year in university, and subsequently worked for other companies, learning both the art and the management sides of the industry. Today, his DeZerlin Media is one of the most innovative and international concept development and animation studios in Asia.

Founded in1986 by Mike Richardson, Dark Horse Comics has proven to be a solid example of how integrity and innovation can help broaden a unique storytelling medium and establish a small, homegrown company as an industry giant. The company is known for the progressive and creator-friendly atmosphere it provides for writers and artists. In addition to publishing comics from top talent such as Frank Miller, Mike Mignola, Neil Gaiman, Brian Wood, Gerard Way, Felicia Day, and Guillermo del Toro, and comics legends such as Will Eisner, Neal Adams, and Jim Steranko, Dark Horse has developed its own successful properties such as The Mask, Ghost, Timecop, and SpyBoy. Its successful line of comics and products based on popular properties includes Star Wars, Mass Effect, Buffy the Vampire Slayer, Aliens, Conan, Emily the Strange, Tim Burton’s Tragic Toys for Girls and Boys, Serenity, Game of Thrones, and Domo. Today Dark Horse Comics is the largest independent comic book publisher in the US and is recognized as one of the world’s leading publishers of both creator-owned content and licensed comics material.