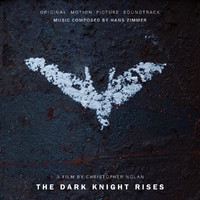 As Christopher Nolan’s Dark Knight trilogy comes to a close, Batman faces his toughest challenge yet in Bane. Does the final film provide the proper ending for an epic trilogy or has Nolan run out of gas? Major Spoilers has the review.

Previously, in the Dark Knight trilogy: C’mon, you’re really going to see this if you haven’t seen Batman Begins and The Dark Knight? Because you probably should not. Anyhow, after Bruce Wayne’s parents are gunned down in a botched mugging, the rich heir travels the world, receiving training and criminal knowledge from the League of Shadows. After taking on the mantle of Batman to protect Gotham from crime, he clashes with the League in Batman Begins. In The Dark Knight, Batman fights a new breed of anarchic criminal in the guise of the insane Joker. In the process, he suffers great losses, and at the film’s close is wanted for a murder he did not commit.

BACK TO THE BEGINNING

Christopher Nolan’s take on the Batman franchise has come full circle with The Dark Knight Rises. The script takes Bruce Wayne to his very limit, stripping him of everything he values as he deals with both the legacy of Harvey Dent and the return of the League of Shadows. The film takes place eight years after The Dark Knight; Bruce Wayne has hung up his cape and now scuttles about in seclusion as Gotham seemingly prospers. After the loss of Rachel Dawes, Wayne is embittered and made small, the family business and philanthropy floundering without direction. It takes a small, yet meaningful chance criminal encounter to reawaken his connection to the wider world, which leads to events both unexpected and apocalyptic for his beloved Gotham. The resulting conflagration forces brutal change to Bruce Wayne, while forcing him (and Gotham) to confront some of the seeds Nolan planted back in Batman Begins. In each film in the franchise, Nolan has drawn from contemporary issues to give his themes resonance; The Dark Knight‘s treatment of surveillance clearly stems from Patriot Act anxieties. This movie explicitly traffics in the current fear of class warfare, but never comes down on one side definitively. I suspect how one interprets the class issues in this film will largely depend on personal politics, but the resulting atmospheric tension is mostly successful as the plot twists and turns into a paranoiac’s dream. What is entirely successful is the action sequences. Nolan has a flair for inventive setpieces, and he brings a virtuoso touch to the violence from the opening scene on.  That first scene is absolutely breath-taking.

Nolan assembled a murderer’s row of actors for The Dark Knight Rises, and every single one rises to the occasion. Bale, Freeman and Caine all perform at the same superb level they exhibited in the previous films (although Bale’s guttural Bat-voice is so overdone it borders on self-parody). Especially noteworthy performances are Anne Hathaway as Catwoman and Tom Hardy as Bane. Hathaway steals nearly every scene she’s in, with a mixture of seductive wit, and convincing toughness. An international jewel thief may seem out-of-place in Nolan’s unflinchingly gritty universe, but Hathaway breathes life into the role and brings a much needed lightness to the film. She absolutely slays in the action scenes as well. A superhero movie is only as good as its villain, and Tom Hardy’s Bane is more than a match for Batman. He matches an intimidating physique with a casual cruelty, providing a nice contrast to previous Batman villains. Hardy’s affected speech pattern is mockingly grandiose, one of my personally favorite touches, as it serves to subvert the pompousness exhibited by too many of the other characters. I was not as impressed with Marion Cotillard, but Joseph Gordon Levitt’s supporting role as a smart, idealistic police officer was also performed well.

At times, The Dark Knight Rises creaks under the weight of its overly heavy tone. This is a long movie, clocking in at around 2 hours and 45 minutes, and would have benefited greatly from tighter editing . The slackness is partly due to a disturbing tendency to have the characters speak in monologues rather than naturally, but also from mistaking mere length for epicness. This tendency creates an emotional ponderousness that proves exhausting by film’s end. If. Every. Single. Moment. Has. Emotional. Significance, it robs the story’s naturally dramatic beats from realizing their true emotional value. This is a real problem with The Dark Knight Rises. The first time Nolan dropped the audio track to highlight some deeply significant on-screen action, it felt special and epic. The third time, it felt played-out and boring. When  characters kept continually droning on in self-important tones about the same emotional traumas, they came off as sadsacks rather than engaging protagonists.

Other lingering problems exist. There is a ridiculous profusion of flashbacks, which undercut the dramatic heft of what’s occurring in any given moment. Too many of the plot points don’t hold up to post-viewing scrutiny, indicating a script requiring one or two more revisions. Particularly problematic is the central MacGuffin, which is meant to be a wondrous piece of unique technology perverted for malevolent ends; only, a real-world equivalent has existed since 1952, begging the question why the very competent bad guys didn’t just grab one of those. These are nitpicky things, perhaps, but tighter plotting pre-emptively alleviates those nits. There is also a tone-deaf emotional beat cribbed from Good Will Hunting that is straight dumb. Nolan also never fully commits to one of his central conceits, which is portraying Gotham without the rule of law. The effects on the populace are ever fully plumbed, which is a real missed opportunity.

The Dark Knight Rises is entertaining even as it is messy, delivering a big screen spectacle that will be rewarding to fans of the first two films. It is unlikely to win over individuals less than enamoured of Nolan’s other Bat-films, but judging from the box office returns, there aren’t too many of those folks anyhow. The film would have benefited from some tightening, both in the scripting process and the editing bays, as the movie has a lot of fat on its bones and too many clunky plot mechanics to be considered a truly superior film. However, thematically and narratively, The Dark Knight Rises provides a very satisfying, if not entirely perfect, conclusion to the Dark Knight saga. It earns a qualified four out of five stars.