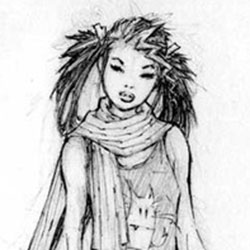 I am tired of hearing people talk about the demise of the comic book industry.  I love comics.  It’s been my whole career and I couldn’t do it without people like you.  Comics are awesome, diverse and there truly is a comic for every person regardless of gender, race, creed or politics.  You’ve all helped us spread comics to the masses.  We may be crazy but we really do believe that we can reach old fans and make new ones with this.  We can convert people to this crazy love for comic books that we all share.

There are of course many advantages Top Cow has going for it, the biggest being that the company has a huge following, which increases the chances for a successful campaign by 80%. We also should keep in mind that Penny Arcade, which was looking for a mere $250,000 to remove ads from their site, have already amassed $338,187, and there are still 26 days to go in that campaign.

I still think crowd sourced funding is going to be the next wave for major publishers to reach their fans, and I hope the company is successful in bringing the book to the masses, regardless of what I think of the series.