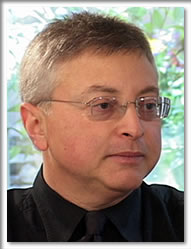 Whether you are a kid, or a kid at heart, all of us have dreams that we want to become reality.  Who knew that decades ago The Boy Who Loved Batman would be responsible for bringing Batman to the big screen.  Executive Producer, and comic book scribe, Michael Uslan thinks dreams are very important and has offered up some tips to make your dreams come true.

• Know your passion: Uslan wasn’t the only kid on his block who loved comics – but most of the others probably never dared to dream that they could have a hand in influencing their favorite character, he says. It’s important to ask yourself, “What do I really, really care about?” The answer to this question will be the seed from which dreams sprout.

• Don’t be a passive bystander – participate: His passion for comics blossomed through several steps, including a general interest in reading and writing and active participation with the world’s first ComicCon in New York City in 1964, when he befriended comic writing legend Otto Binder. These days, there are plenty of opportunities for kids to be proactive, he says, citing blogs, websites and social networking. “A teen raised with today’s technology can create a video, for example, that rivals those created by professionals,” he says.

• Identify objectives that will take you to your goal: In high school, Uslan became essential to the yearbook staff, developing media skills that would benefit him later. In 1972, as a junior at Indiana University, he created and taught the first college level course on comic books. After graduating law school, he had the legal knowledge and Hollywood credentials necessary to purchase the film rights to Batman and start repairing the super hero’s image. He wanted to get away from the campy sitcom version of the crusader and reintroduce the Dark Knight to his roots for a movie-going audience. “You don’t have to bend to the expectations of everyone else,” he says. “If you love something enough and are willing to create favorable circumstances, others will bend to you.”

• Learn from problems instead of allowing them to distract: Most people never realize their dreams because life gets in the way. Problems and new priorities arise and detract you from your course. The trick is to figure out how to respond to these in ways that help you reach your goal. For instance, learning how to negotiate, how to efficiently manage your time or how to become very self-disciplined are skills you can apply in pursuing your dream.

I like that Uslan is taking the time to reach out to kids and young adults help them make their dreams come true, and regardless of the intended target, Uslan’s message rings true for everyone.

Michael Uslan, (www.theuslancompany.com), is the Originator and Executive Producer along with his partner Benjamin Melniker, of the Batman franchise of motion pictures. In his 36 years in the film and television industry, he has been involved with such projects as “National Treasure,” “Constantine,” and countless animated projects. His projects have won Oscars, Golden Globes and Emmy Awards. He is the author of his auto-biography, THE BOY WHO LOVED BATMAN, now in bookstores and at amazon.com.