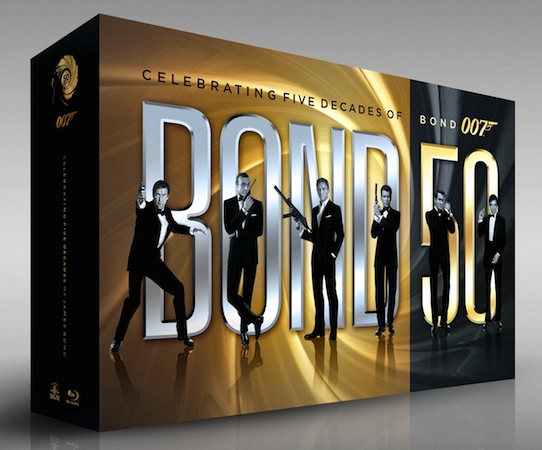 This year marks the 50th anniversary of the James Bond movie franchise, and MGM and Twentieth Century Fox are teaming with EON Productions to bring Bond to the San Diego Comic-Con.

While the company won’t say exactly what Bond cars will be at the show, fans heading to booth #3528 will get to sit behind the wheel of one of four cars from the movies.  In addition, props from the movies will be on display .

Using RFID technology, attendees will be able to take a photo with the vehicle and have it instantly uploaded to their social media profile. Each day will feature a different Bond vehicle, so fans will have to check back in at booth #3528 with their RFID bracelets to see what’s new!

Fans will also be the first to get a sneak peek of the BOND 50 Blu-ray collection available September 25, 2012. Fans who pre-order the set on-site at Comic-Con will get an exclusive limited edition Bond 50th anniversary t-shirt.

The Blu-ray collection contains all 22 bond films, that amounts to over 122 hours of action.