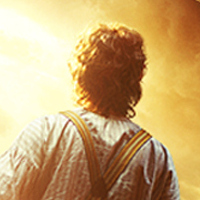 SDCC’12: The Hobbit is confirmed for Hall H

While the eagerly awaited The Hobbit: An Unexpected Journey isn’t slated to hit theaters this December, those traveling to SDCC will be treated with a special look at Peter Jackson’s latest adaptation.

Posted on the film’s Facebook page came this announcement:

We’re excited to announce that we will be bringing The Hobbit: An Unexpected Journey to San Diego Comic-Con! Join director Peter Jackson, producer Philippa Boyens, Sir Ian McKellen, Martin Freeman, Andy Serkis and Richard Armitage for a special look at the upcoming film on Saturday, July 14th, in Hall H.

Jackson did show footage of The Hobbit at CinemaCon in Las Vegas earlier this year that came with criticism of the filmmakers decision to film at 48 fps, doubling the film standard of 24fps. The Saturday screening should allow for more fans to view the footage change and might paint a clearer picture on whether this was a worth while decision.

The Hobbit: An Unexpected Journey comes to theaters December 14.