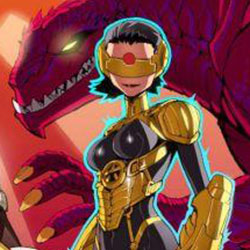 MOVIES: Big Hero 6 on the lineup from Marvel

We’ve already reported that Marvel is considering Guardians of the Galaxy for a big screen adaptation, but when Disney said it bought Marvel for it’s galaxy of stars, I doubt many thought the company meant Big Hero 6. Turns out, Disney is interested in the property as an animated film.

“But Stephen, you said Disney wasn’t interested in a Marvel animated movie.”

No, Dear Reader, I said Pixar wasn’t interested in an animated Marvel movie. There’s nothing stopping the House of Mouse from moving forward, and in 2014, that is what we’ll see on the big screen.

According to Blue Sky Disney, Don Hall is directing the feature, and is the one who pitched the idea to John Lasseter, who gave it his thumbs up.  From what we can tell, the project isn’t fully green lit, but if two big powers at Disney Animation Studios think it is a good idea, then it is probably going to hit the screens after the studio’s adaptation of the Snow Queen in 2013.

When the Japanese government wanted a team of state-sanctioned super-heroes at their disposal, a top-secret consortium of politicians and business entities known as the Giri was formed to recruit and train potential superhuman operatives for “Big Hero 6.” Despite reservations by some members of the Giri, Silver Samurai, a freelance ronin and former bodyguard of the terrorist Viper, was appointed as field commander. Secret agent Honey Lemon, inventor of the nanotechnology-based Power Purse from which she could access any object, also agreed to join the team. The tough-talking GoGo Tomago, able to transubstantiate her body into a fiery force blast by uttering her code-name, was released from prison on the condition that she serve on the team. The Machiavellian bureaucrat known only as Mr. Oshima was appointed as the Giri’s spokesperson and coordinated Big Hero 6’s activities.

While it might be interesting to see a live action adaptation, Disney’s first Marvel animated film could be a major hit.