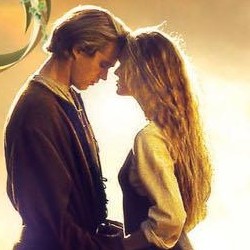 Westley and Princess Buttercup will be celebrating their 25th anniversary this October with a release of a special edition Blu-Ray on the second of the month. With this we are going to be getting a ton of special features, and a chance to influence the set, take the jump for a look.

Secondly, our chance to influence the item.

What we have here are two possible covers for the film. Over on their Facebook page, we get to decide which of those two will be picked. Personally, I like the classic a bit better, but the crown does have a few decent touches. So, go vote, then come back here and tell us what you decided.