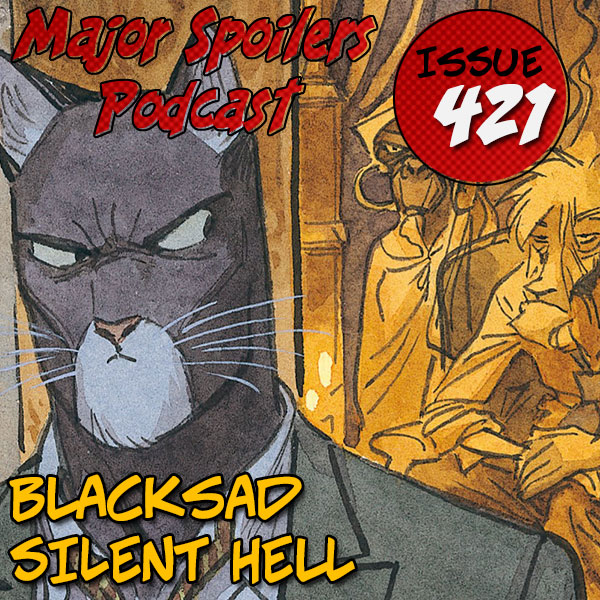 In this issue: Blacksad returns, Atomic Robo takes to the skies, Avengers are both New and Secret, and Nerdtacular 2012.

REVIEWS
Stephen
ATOMIC ROBO: FLYING SHE DEVILS OF THE PACIFIC #1
Writer: Brian Clevinger
Artist: Scott Wegener
Publisher: Red 5 Comics
SOLICITATION: This series was intended to be Volume 2. And then Volume 3. Then Volumes 4 through 6. But it was too big and too crazy. We weren’t ready to make it. Maybe we still aren’t, but we got tired of running from it.

Rodrigo
The Hypernaturals #1 Created by Dan Abnett, Andy Lanning and Brad Walker Written by Dan Abnett & Andy Lanning Art by Brad Walker & Andres Guinaldo SC, 32pgs, FC, SRP: $3.99 COVER A: Francesco Mattina COVER B: Trevor Hairsine Diamond Code: MAY120940
It is the far future; the human race has finally colonized the galaxy, preserving an era of prosperity that’s only possible because of The Hypernaturals. They’re a celebrated, galaxy-wide superhero task force that keeps the peace. That is, until they all mysteriously vanish. Now, as the galaxy teeters on the brink of chaos, it’s up to a group of retired and long forgotten Hypernaturals — and their novice recruits — to save the galaxy from complete destruction. Dan Abnett and Andy Lanning, the superstar writing duo behind ANNIHILATION and THE LEGION, launch an all-new original series that takes cosmic super-heroes to a new frontier.

Matthew
Secret Avengers #28 Writer: Rick Remender Artist: Renato Guedes The Avengers have found a way to save the Kree homeworld, but one man stands in their way: Captain Marvel! Can Ms. Marvel and Protector break free of Minister Marvel’s control? When all else fails, one Avenger must rise and make the ultimate sacrifice.

Rob
The New Avengers #27 Writer: Brian Michael Bendis Artist: Mike Deodato AVX TIE-IN! Hope Summers journeys to the magical city of K’un L’un, home of the Iron Fist, to uncover her destiny! But will she conquer her future…or be consumed by it?

Major Spoilers Poll of the Week
It’s that time of year again, time when we roll out the poll of the week that is the question on everyone’s lips – The San Diego Comic Con, and your participation level
Will you attend the San Diego Comic-Con this year?

Discussion:
Blacksad: Silent Hell
Detective John Blacksad returns, with a new case that takes him to a 1950s New Orleans filled with hot jazz and cold-blooded murder! Hired to discover the fate of a celebrated pianist, Blacksad finds his most dangerous mystery yet in the midst of drugs, voodoo, the rollicking atmosphere of Mardi Gras, and the dark underbelly that it hides!