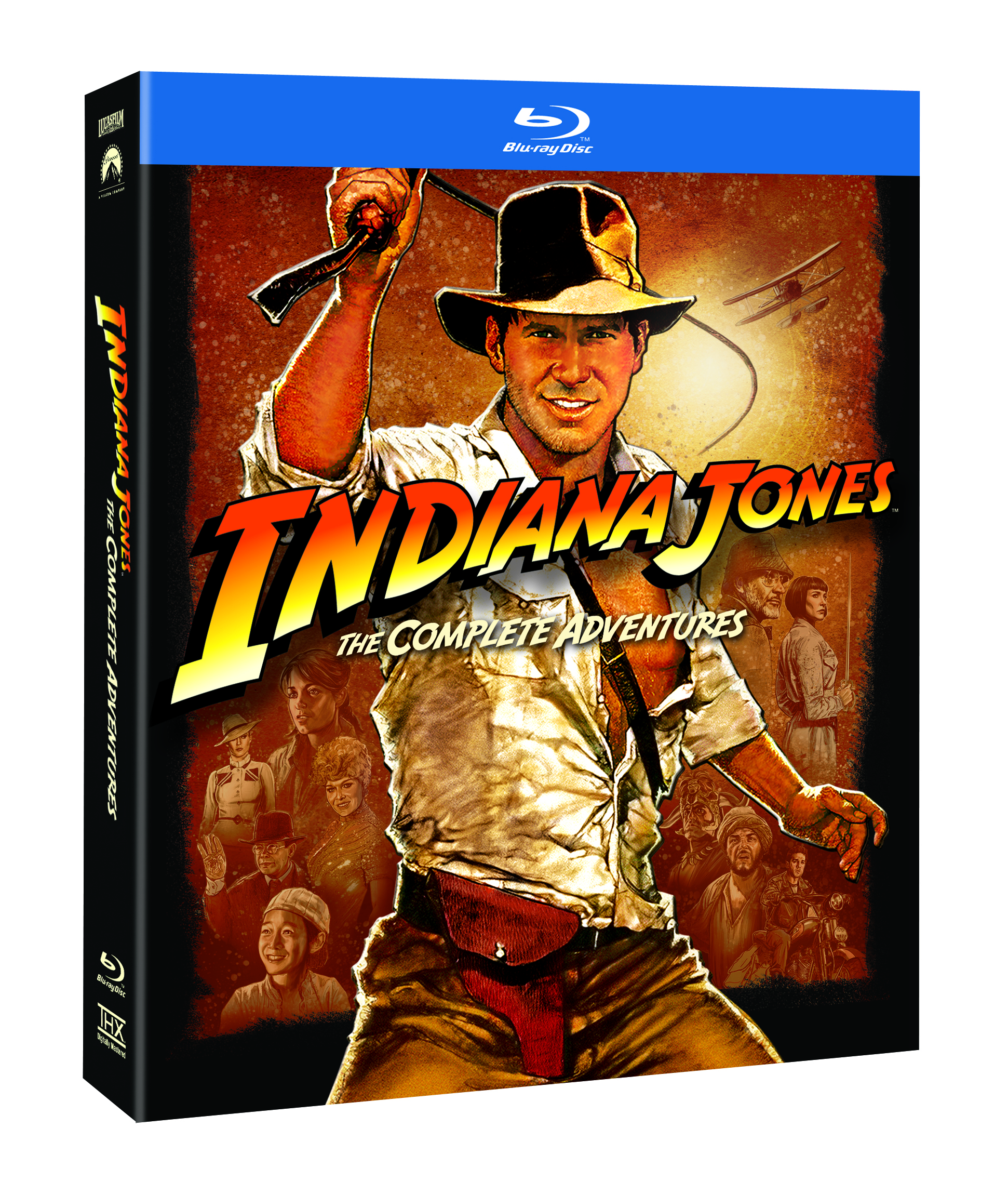 In June of 1981 director Steven Spielberg and executive producer George Lucas introduced  the world to Indiana Jones when the unforgettable Raiders of the Lost Ark debuted in theaters. Exploding to instant acclaim, the film has now been carefully restored, alongside remastered versions of the archaeologist’s other thrilling adventures—Indiana Jones and the Temple of Doom, Indiana Jones and the Last Crusade and Indiana Jones and the Kingdom of the Crystal Skull.  Prepare for excitement, adventure and snakes—why did it have to be snakes?—all with pristine picture and sound when INDIANA JONES: The Complete Adventures debuts on Blu-ray September 18, 2012 from Lucasfilm Ltd. and Paramount Home Media Distribution.

Supervised by director Steven Spielberg and renowned sound designer Ben Burtt, Raiders of the Lost Ark has been meticulously restored with careful attention to preserving the original look, sound and feel of the iconic film.  The original negative was first scanned at 4K and then examined frame-by-frame so that any damage could be repaired.

The sound design was similarly preserved using Burtt’s original master mix, which had been archived and unused since 1981.  New stereo surrounds were created using the original music tracks and original effects recorded in stereo but used previously only in mono.  In addition, the sub bass was redone entirely up to modern specifications and care was taken to improve dialogue and correct small technical flaws to create the most complete and highest quality version of the sound possible while retaining the director’s vision.  The result is an impeccable digital restoration that celebrates the film and its place in cinematic history.

The installments in the franchise have won a combined seven Academy Awards®. Relive every heart-pounding thrill like never before as all four films arrive together, for the first time presented in 1080p high definition with English 5.1 DTS-HD Master Audio accompanied by a collection of documentaries, interviews, featurettes
and new bonus features.